The calm and quaint Himalayan terrains of Kargil and Leh are booming with production activities as a result of the self-sustainable employment created by Khadi and Village Industries Commission (KVIC) in the region. 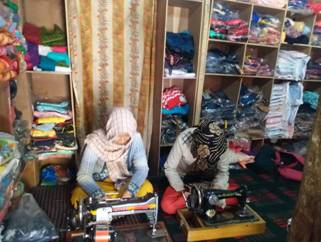 Since the year 2017-18, KVIC has set up nearly 1000 different small and medium manufacturing units under its flagship Prime Minister Employment Generation Program (PMEGP) scheme in Kargil and Leh creating over 8200 employments for local youths in just three-and-half years and released margin money to the tune of Rs 32.35 crore since 2017-18 to support these units. 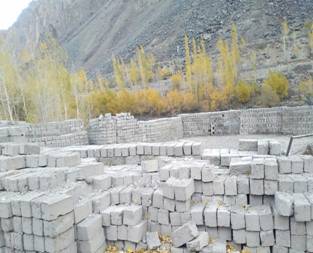 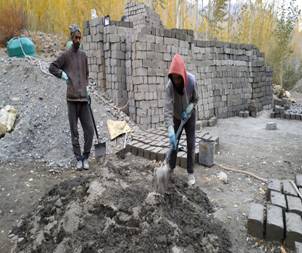 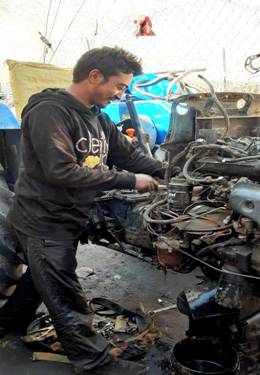 KVIC Chairman Vinai Kumar Saxena attributed this employment spree in Kargil and Leh to the Prime Minister’s vision for all-round development of the environmentally challenging Leh-Ladakh region which is accessible only six months in a year. “Kargil and Leh have shown immense potential for sustaining various manufacturing activities. Leh and Kargil remain disconnected from rest parts of the country for almost six months. However, these production units will ensure local availability of goods in these regions throughout the year,” Saxena said.

The beneficiaries in Kargil and Leh expressed happiness saying they did not have to flock to other states in search of jobs after they started their own production units. And this not only created self-employment for them but also created job opportunities for many other unemployed youths in the region.

Mohammad Bakir, a resident of village Minji in Kargil started cement block bricks production unit with the initial loan of Rs 10 lakh, is now registering the annual turnover of Rs 52 lakh. He has employed 8 persons in his manufacturing unit. Similarly, Ismail Nasiri, engaged with production of iron and steel items, began his unit in Village Poyen in Kargil with Rs 25 lakh, has employed 10 persons and is registering the turnover of Rs 76 lakh.

The employment spree has also prompted local women to take up self-employment proactively who were otherwise reluctant to moving out and working independently. Supported by KVIC, a number of women entrepreneurs are successfully operating cutting, tailoring units and beauty parlors in these districts.

Hamida Banoo, a woman entrepreneur in Baroo in Kargil, took up cutting tailoring activity and went on to employ 3 other women with her unit. Hamida’s annual turnover too has reached Rs 12 lakh.

It is pertinent to mention that development of Leh-Ladakh region has been the prime objective of the Central Government. Special thrust has been given on creation of local employment in the region ever since its bifurcation from Jammu & Kashmir in 2019.

Rohingya refugees arrive at the relocation facility in Bhasan char