A joint team of Police, army and CRPF had launched a cordon and search operation on specific information about the presence of terrorists in the area as the joint teams of forces approached towards the suspected spot, the hiding terrorists fired upon them which was retaliated, triggering an encounter.

A senior police officer also confirmed the exchange of fire between forces and terrorists, incriminating materials including arms and ammunition recovered.

Pertinently this is second gunfight in South in less than 24 hours as four terrorists were killed while as one was caught alive in an encounter in Kiloora area of Shopian on Friday evening. 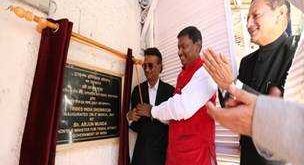