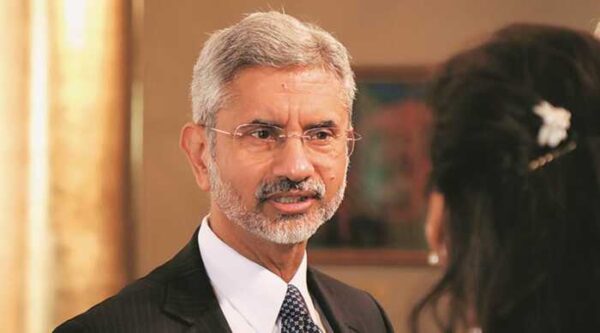 Washington : External Affairs Minister S Jaishankar arrived in Washington DC on Wednesday for a series of meetings with top officials of the Biden administration, which is expected to review the progress made in bilateral ties during the first 100 days and lay the groundwork for the rest of the term of US President Joe Biden.

During his three-day stay here, Jaishankar (66) is scheduled to meet his American counterpart, Secretary of State Tony Blinken, Defense Secretary Lloyd Austin and National Security Advisor Jake Sullivan, along with other key members of the Biden administration.

“The (defense) secretary will be meeting on Friday with the Indian Minister of External Affairs, Jaishankar, as part of India”s first cabinet-level visit to Washington,” Pentagon Press Secretary John Kirby told reporters at a news conference.

“The secretary is meeting with the external affairs minister, will continue discussions that the two held in New Delhi in March and will continue the robust bilateral defence and security relationship between our two countries. We are looking forward to having him here at the Pentagon and hosting him for a good set of talks,” Kirby said.

The State Department has not yet announced the timing of Blinken”s meeting with Jaishankar at its Foggy Bottom headquarters. Blinken is currently travelling in the Middle East as asked by Biden to continue with the peace process.

“The secretary (of state) looks forward to meeting minister Jaishankar during his visit and discussing a broad range of issues, including COVID-19 relief, efforts to strengthen Indo-Pacific cooperation through the Quad, enhanced UN and multilateral cooperation, and a range of other shared regional security and economic priorities,” a State Department spokesperson said earlier this week.

Jaishankar is expected to meet a group of eminent business leaders on Thursday at two different meetings organised by the US India Business Council and the US India Strategic and Partnership Forum.

“It will be a continuation of the discussion, the very productive discussions that we had when we were in New Delhi a month or so ago. Because India is a strategic defence partner and so, there is lots to discuss,” Kirby told reporters in response to a question at his Pentagon news conference.

Jaishankar, who was the Indian Ambassador to the US from December 2013 to January 2015, is also scheduled to have meetings with eminent American lawmakers. Congressman Brad Sherman, Co-Chair of the India Caucus, said he looks forward to meeting with Jaishankar, India”s Ambassador to the US Taranjit Singh Sandhu and other leaders concerned with the US-India relationship for dinner on Wednesday.

“This is an opportunity to discuss how the US can further help India as it continues to battle COVID-19, global vaccine production and security issues in the Indo-Pacific,” Sherman said.

Earlier in the day, in a conversation with former US National Security Advisor General (retd) H R McMaster, who is currently at the Hoover Institute, Jaishankar said in Washington DC today, there is a real appreciation of the potential of the India-US relationship and what it can do.

“And it is true of New Delhi as well. The challenge for us, keeping in mind a lot of the issues…it is not a question of one or two or three countries who will decide how the world is. The world is truly much more multipolar. And if it is multipolar, then it is all the more important for countries to learn how to work with each other more effectively. And I see a big change in the American mindset in that regard.