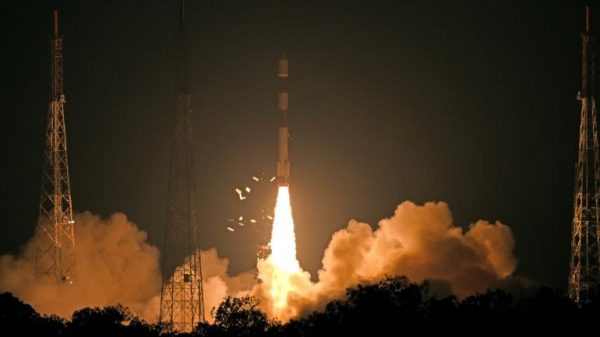 Indian Space Research Organisation (ISRO) said, the country’s space agency India’s new earth observation satellite up in the sky will send good clarity images which will be used for agriculture, forestry and disaster management support .The images captured by the satellite will also be used for surveillance .

K.Sivan, ISRO Chairman said ,“I am extremely happy to announce that PSLV-C46 has successfully injected RISAT-2B in precise orbit.”ISRO chief called the launch of RISAT-2B a “fantastic mission” and called it a “very, very important” one for the country. With this mission, India “would be going where no one has ever gone before which is to the south pole of the moon on the near side.“This is a very, very important mission for India. It is an excellent satellite with hi-fi earth observation.