IPL 2020 Prediction: Three teams that are likely to win 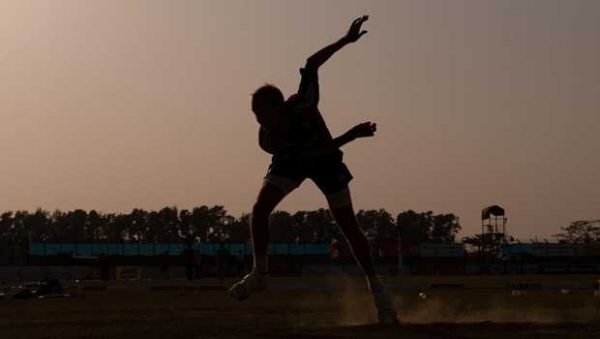 IPL 2020 is currently hanging fire but the glamorous T20 league could reportedly take place in October-November window if the T20 World Cup is deferred. The IPL is a major tourney for the BCCI and they will try their best to host it.

According to cricket match news, Arun Dhumal, the BCCI treasurer has confirmed that the Indian board is open to take the IPL overseas, if need may arise. However, things are expected to be clearer after the ICC will take a fine call regarding the T20 World Cup on June 10.

As T20 is an unpredictable form of the game, predicting who might win the IPL is similar to online cricket betting odds. However, we take a look at three teams that are likely to win the IPL if it takes place in 2020.

Chennai has got the experienced players in their squad, which helps in taking control of the crunch situations of the game. The players know how to keep calm and it plays a key role in the shortest version of the game. Moreover, they are led by MS Dhoni, who is known for his sedate approach.

Chennai is the most consistent side in IPL history. The MS Dhoni-led side has made it to playoffs on all 10 occasions they have played in the league. Furthermore, they have made it to eight finals in the IPL folklore, which is the most for any team. CSK is the second-most successful team with three IPL titles.

Mumbai Indians is the most successful team in the IPL history with four titles under their belt. Mumbai is known to come up with collective team effort and they are not reliant on individual brilliance to get over the line. They have quality batsmen like Rohit Sharma, Chris Lynn and Quinton de Kock and all-rounders like; Kieron Pollard and Pandya brothers are always instrumental in their success.

Moreover, their pace battery of Trent Boult, Lasith Malinga and Jasprit Bumrah are expected to do a fine job. On the other hand, Rohit Sharma’s captaincy has been brilliant and he has been able to get the best out of his players.

Kolkata Knight Riders were able to strengthen their team in the IPL 2020 auctions and they are going to be one of the main contenders for the IPL trophy. Knight Riders were able to rope in Tom Banton, who has impressed with his pyrotechnics. Dinesh Karthik will have the experience of World-Cup winning captain Eoin Morgan in his side and he would like to make the most of it.

KKR will also have the best Test bowler, Pat Cummins in their side, whom they purchased for a whopping INR 15.50 crores. Furthermore, Andre Russell looked in the form of his life in IPL 2019 and he is going to make a huge difference.