According to the airlines, the new flights are designed to cater to business and leisure travellers who are constantly on the lookout for new and affordable flying options.

Vietnam is the fifth Southeast Asian country in the airline’s network after Thailand, Singapore, Malaysia and its recent flights to Myanmar.

The company’s Chief Commercial Officer William Boulter said: “This inaugural flight is a step towards Government’s ‘Act East’ vision.. Our connections to Vietnam will not only enable increased tourist footfall in both the countries but also connect the Buddhist community in Vietnam with important religious cities in India, Myanmar and China through Kolkata.” 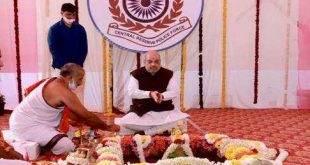