London/Beijing : Jubilant Indians across the globe celebrated the 75th Independence Day by unfurling the tricolour and signing the national anthem on Sunday, as congratulatory messages poured in from world leaders, including US President Joe Biden, reaffirming their strong bilateral ties with India. 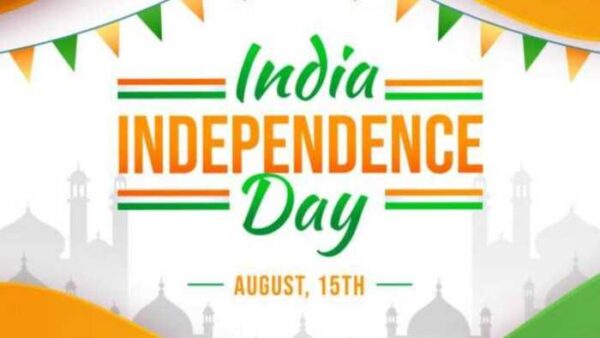 The Indian missions along with the diaspora across the world, including in China, the UK, Australia, Russia, Israel, Sri Lanka, Pakistan, Bangladesh and Nepal organised various programmes to mark the day.

US President Biden said that guided by Mahatma Gandhi’s message of truth and non-violence, India achieved its long journey towards independence, asserting that the commitment to respecting the will of the people through democracy continues to inspire the world.

“Today, that foundational commitment to respecting the will of the people through democracy continues to inspire the world and is the basis of the special bond between our two nations. Over the decades, the ties between our people, including a vibrant community of more than four million Indian-Americans, have sustained and strengthened our partnership,” Biden added.

In a video message posted on his twitter account, Morrison said that the two countries are proud democracies and the ties that bind the two nations are strong, vibrant and enduring.

The Indian High Commission in Australia organised a virtual screening of the Flag hoisting ceremony on the day. Various landmarks across the country were lit up in the tricolour to mark the day.

In his message to Prime Minister Modi, Russian President Vladimir Putin said that Moscow values the relations of privileged and strategic partnership between India and Russia.

“I am sure that further development of the entire complex of Russia-India relations fully meets the interests of our peoples, goes towards strengthening stability and security at the regional and global level,” he said in his message posted on the Indian Embassy”s twitter account.

Putin said that India”s achievements in the economic, social and other fields are widely acknowledged.

“Your country rightfully enjoys high prestige on the world stage, plays an important role in resolving topical issues on the international agenda,” he said.

Indian Ambassador to Russia B Venkatesh Varma celebrated the day with embassy officers and staff.

In Israel, the Indian community celebrated the day by organising a series of events, including illuminating the historic Haifa War Cemetery in the tricolour to honour the Indian soldiers who laid down their lives during World War I.

Indian soldiers laid down their lives during World War I to liberate Haifa city on September 23, 1918, in what most war historians consider “the last great cavalry campaign in history”.

The celebrations kicked off with the flag hoisting ceremony by India”s Ambassador to Israel Sanjeev Singla.

As a tribute to Mahatma Gandhi, whose portrait was kept by Israel”s first Prime Minister Ben Gurion in his room, a virtual tour of Sabarmati Ashram and Ben-Gurion”s Desert Home was also organised.

Indian Ambassador to China Vikram Misri hoisted the tricolour and read President Ram Nath Kovind’s address to the nation at the Indian Embassy in Beijing.

A large number of Indian diaspora based in Beijing attended the colourful function organised by the embassy.

The embassy organised a number of events to mark the occasion, including depiction of national heroes by children of the Indian diaspora, a painting exhibition on “India through Chinese eyes” and a webinar on India’s achievements in its journey during the last 75 years in various fields.

In the UK, an Indian Navy frontline frigate docked at Portsmouth harbour on England”s south coast as part of a goodwill visit was at the heart of Independence Day celebrations.

INS Tabar, which arrived at Portsmouth on Thursday to undertake the annual bilateral exercise Konkan between the Indian Navy and Britain”s Royal Navy, hosted a special flag hoisting ceremony with its approximately 300 crew on board under the command of Captain Mahesh Mangipudi.

“We have been looking forward to the goodwill visit of INS Tabar, a frontline frigate of the Indian Navy. Its joint exercises, along with HMS Westminster of the Royal Navy are aimed at enhancing interoperability, synergy and cooperation between both navies,” Indian High Commissioner Gaitri Issar Kumar said.

“On behalf of the people of #SriLanka, I extend my best wishes to the people of #India & PM @narendramodi as they celebrate the 75th anniversary of independence.

“Our nations have long enjoyed a strong alliance that I look forward to strengthening even further in future,” President Gotabaya Rajapaksa said in a tweet.

In a separate tweet, Prime Minister Mahinda said, “on behalf of the #GoSL (government of Sri Lanka) and the people of #SriLanka I extend my best wishes to the Government and people of the Republic of #India, as they celebrate 75 years of independence. May the strength of the bond shared between both our nations grow each day.”

The Indian High Commission in Bangladesh organised subdued celebrations to mark the day due to the COVID-19 restrictions.

On the occasion of the 75th Independence Day of #India, Congratulations and greetings to Prime Minister @narendramodi ji, the Government and people of India. Best wishes for the continued progress and prosperity,” he tweeted.

The Indian Embassy in Nepal organised a cultural programme to mark the day.

“The celebrations witnessed rendition of patriotic songs and dance by teachers and students of Swami Vivekananda Cultural Centre of the Embassy and Kendriya Vidyalaya School, Kathmandu,” the embassy sources said.

Indian Ambassador to Nepal Vinay Mohan Kwatra felicitated widows and next of kin of deceased Gorkha soldiers of Indian Armed Forces by disbursing their dues worth Rs 40.45 million and a blanket to each family during the programme, they said.