India continues to report a trend of steadily declining active cases. For the third day after the active cases dropped below the 6 lakh mark after nearly three months, the progressive decline has been maintained . 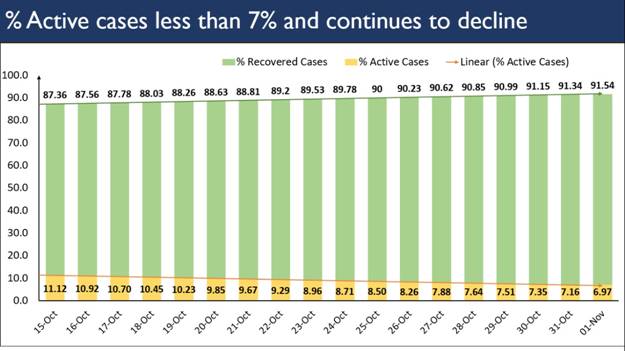 This sustained achievement is the result of collaborative action by States/UTs under the Centre’s strategy of comprehensive testing, timely tracking, quick hospitalization and adherence to the Standard Treatment Protocol which has ensured a standardised quality of medical care across the public and private hospitals and for the home isolation cases. 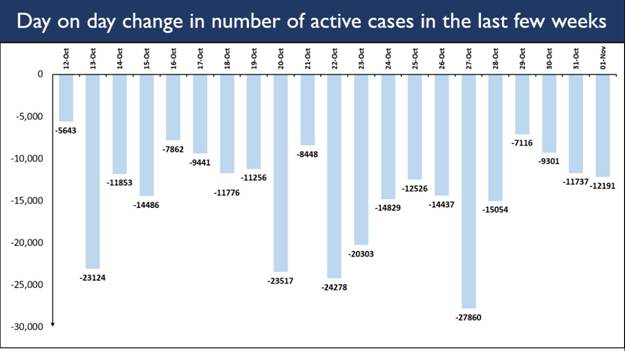 The trajectory of the active caseload across different States/UTs has been diverse demonstrating their focused efforts and gradual progress in their fight against COVID19. Karnataka has reported a steep decline in the active cases in the past 24 hours. 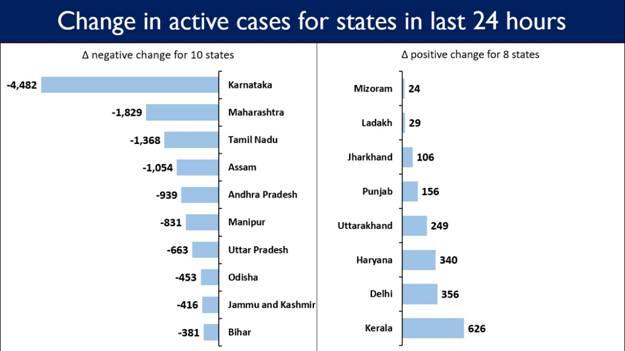 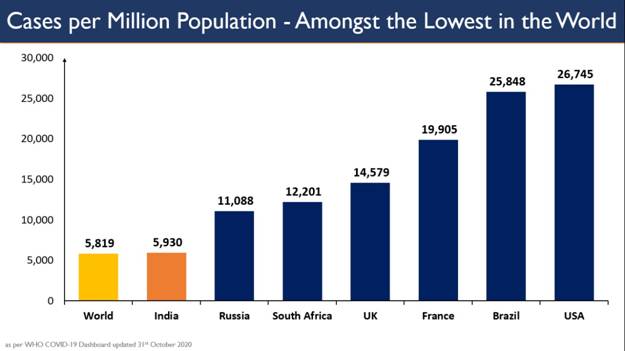 17 States/UTs have cases per million lower than the national average. There has been a steady decline in the number of deaths in India. 470 deaths have been reported in the last 24 hours in the country. India’s deaths per million population is one of the lowest in the world and stand at 88. 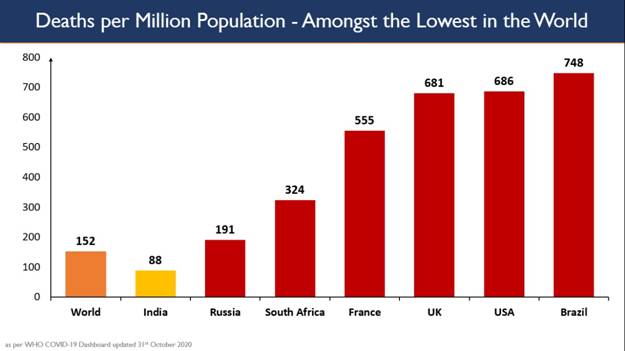 21 States/UTs have deaths per million lower than the national average. 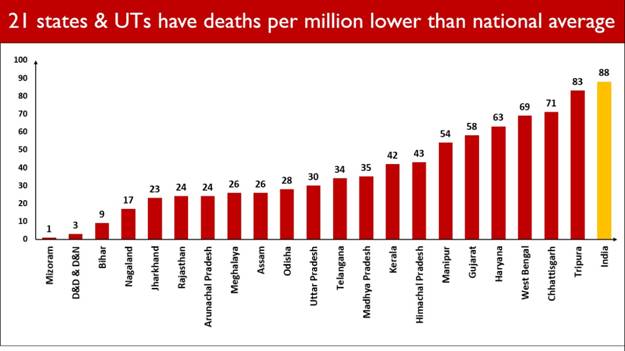 Higher number of recoveries has aided the national Recovery Rate to further improve to 91.54%. 58,684 have recovered and discharged in the last 24 hours whereas the new confirmed cases stand at 46,963.

76% of the new recovered cases are observed to be concentrated in 10 States/UTs. 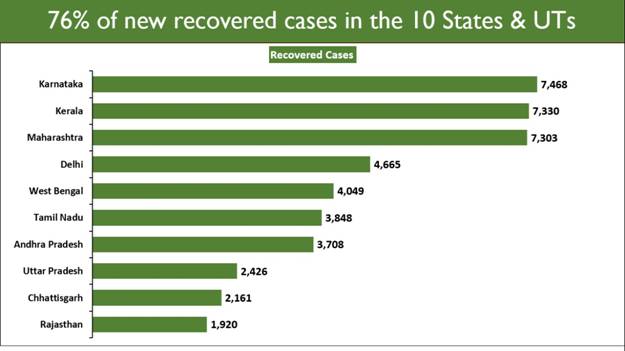 77% of these are from 10 States and UTs. Kerala is still reporting a very high number of new cases with more than 7,000 cases followed by Maharashtra and Delhi with more than 5,000 cases. 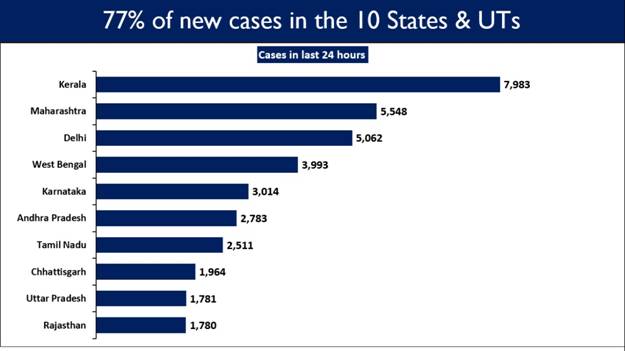 470 case fatalities have been reported in the past 24 hours. Of these, nearly 78% are concentrated in ten States/UTs.

More than 15% of new fatalities reported are from Maharashtra (74 deaths).