In a landmark achievement, India has sustained the steady trend of active cases being lower than the 10 lakh mark for 11 days in an unbroken chain. 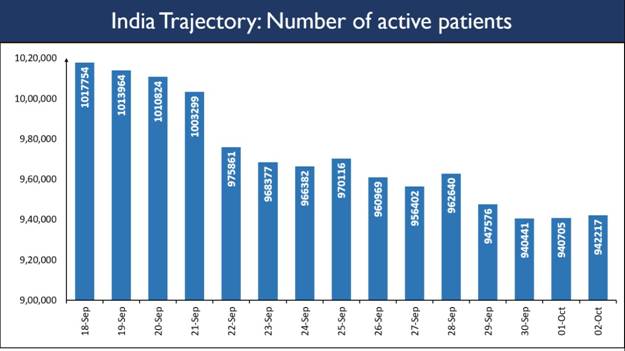 With a very high number of COVID patients recovering every single day, India’s steady trend of posting high level of daily recoveries also continues.78,877 recoveries have been registered in the last 24 hours in the country. This has resulted in continuous increase in the national recovery rate, which is currently pegged at 83.70%.

India’s total recoveries are 53,52,078 today. The last 10 lakh recoveries were added in just 12 days. With this, India continues to maintain its global position of being the country with maximum number of recovered COVID patients in the world.

As on date, the active cases contribute only 14.74% to the positive caseload of the country. Maharashtra is leading the States’ tally with more than 2.5 lakh cases. Karnataka follows with more than 1 lakh cases. 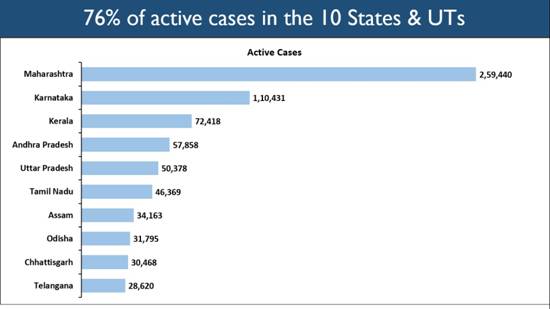 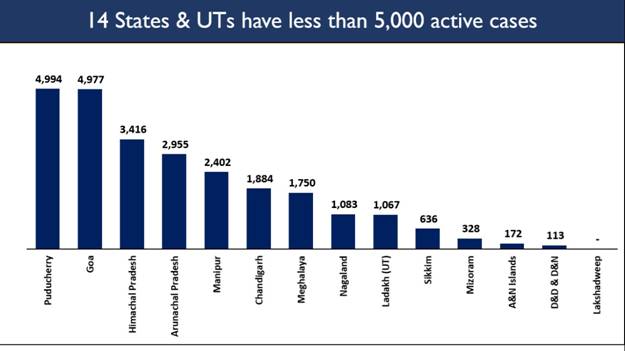 A total of 81,484 new confirmed cases have been reported in the last 24 hours in the country. Maharashtra has the highest number of newly recovered cases followed by Andhra Pradesh and Karnataka. 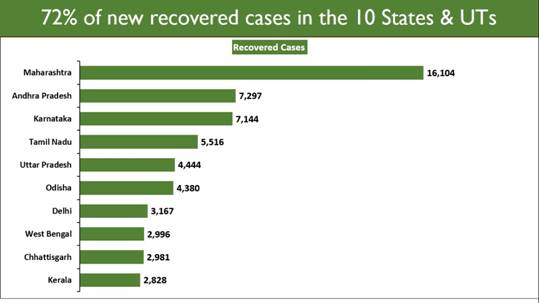 1,095 deaths have been registered in the country in the past 24 hours.

36% of deaths reported yesterday are from Maharashtra with 394 deaths, followed by Karnataka with 130 deaths.