Sociology can be understood as a human science that deals with issues of daily life in a systematic way, elaborating concepts and methodologies for the understanding of certain social “realities”. Because it is a science that reflects the everyday life of social relations, it has a strong importance in raising issues involving conflicts, convergence of interests, power structures, etc. 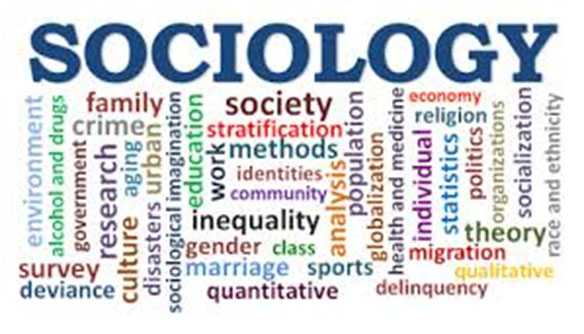 Sociology seeks to study man in society. In this sense, sociological analyzes range from issues related to material living conditions to the set of values, cultural elements that produce the webs of human relations in collective life. Thus, studies on agrarian societies and industrial societies emerge, indicating certain historical specificities that delineate interactions between men in a given social context.

The varied range of active motivations of collective life becomes the object of sociological study. When a sociologist tackles a theme, it is soon recognized by the members of a given analyzed society. After all, the sociologist may be touching “wounds” that mark the whole of that human group. It may be the racial issue, for example.

The sociologist initiates a debate about racial prejudice or ethnic conflict within a society, seeking to find the elements that illuminate the issue. It is obvious that many of the subjects dealt with beyond being recognized by the social group can be controversial. The importance of treating them by sociology is, among other things, to move from the commonplace of opinion, to something more complex and endowed with critical capacity. That all can be poured into academic papers. However, expressing opinions in written form is not as easy as it seems. That is the reason why many sociology students visit https://gpalabs.com/essay-writing/sociology-papers.html when they need help in writing.

A professor of sociology in the United States can address the issue of “racism” in that society even though it is in a southern state, for example, Virginia. For many of the students, this will not be new at first. They probably know stories about it because they live in that society marked by prejudice.

Perhaps the subject chosen by the teacher is even boring for many in that classroom. However, the teacher, as an awareness strategy, shifts the discussion to India, addressing that sensitive subject when speaking of the caste society in the land of the Indians.

Issues such as racial discrimination and xenophobia can be addressed by sociology.

After developing certain concepts and working them historically in India, the teacher can return to the issue of racism in the United States. Students may see your class as illuminating a sociability developed in the southern states of the United States. There was no social caste organization, but an experience of African slavery and racial discrimination that in some ways may resemble the model of Indian sociability.

It is not stated here that American society is made up of caste, but Sociology’s elaboration of categories of analysis can elucidate certain socially lived tensions. Deeper analyzes are made, uncovering certain social functions and relationships that perhaps these students could not perform in domestic conversations or by reading newspapers. Because of all this, the importance of sociology as a human science is already perceived.

The sociologist is close to the world he studies, so the terms he uses are familiar to the whole of society that often finds his research simple and obvious. However, the depth given to the categories of analysis opens a new perspective to certain social situations, ensuring knowledge hitherto not comprehensible to many. The sociologist’s work allows the acquisition of new knowledge and the possibility of disseminating it. This contributes to the thinking of the social group about their practices.