Honda has started road-testing the 10-gen Civic for India

2018 Auto Expo witnessed the possibility of the re-introduction of an icon to the Indian market, the Honda Civic. Since then, every car fanatic has been eagerly waiting for the car’s launch. The last iteration of Civic available in the country was regarded as a benchmark in designing, and the all-new Honda Civic takes this benchmark even higher, exciting the fans.

Honda pulled the Civic out of the Indian market after 8th generation due to low sales. The absence of a diesel powertrain was the primary reason for that, as the market was shifting towards diesel power for premium vehicles. Now, though, Honda has decided to cover all bases, with an all-new diesel powertrain. Civic in India might get the i-DTEC 1.6-liter turbo diesel unit with 118 BHP & 300 NM of torque. Diesel may only get an automatic transmission, which is a part of the global plan from Honda.

The 9th generation of this vehicle was skipped for India, and Honda is now bringing the 10th gen. Civic and we are happy as this is the latest one. This is an all-new Civic and it won’t remind you of the old one. From the heel to toe, everything is new. What is making a comeback though, is the smooth and rev-happy 138 horsepower i-VTEC.

Honda Civic will be a direct competitor to facelifted Hyundai Elantra, VW Passat, Skoda Octavia & the market leader – like the new Toyota Corolla Altis. Honda Civic might give the competitors a run for their money, and with the new diesel powertrain now on offer, Civic will aim straight to become the segment leader in India.

On the design front, the all-new Civic gets a sloping roofline and boasts a chunkier chrome strip that runs across the grille, something which now can be seen on every Honda’s product, be it Amaze or City. Honda’s design philosophy again did wonders for this car & the upcoming Civic looks stunning and ultramodern.

Honda has provided Civic with high-tensile steel which has helped in gaining 25% more rigidity. While the Civic may offer 18-inch alloys internationally, India might get 17, or even 16-inch wheels. On the inside, Civic is getting a more upmarket interior which will keep this car at par with its rivals. There would be additional sound insulation on the floor, truck, front and rear fenders. A 7.0-inch touch screen (with Android Auto & Apple CarPlay) will intensify the interiors with the all-black theme.

In the global markets, Honda Civic comes with a wide array of engine choices, but Indian version will be engaged with 1.8-litre I-VTEC engine in a BS-6 compliant avatar, and diesel engine, this car has the capabilities to shake the D-Segment, if priced right.

Recently, 10th gen. Civic was spied testing in India. The launch of Civic is slated for Feb 2019. What car fanatics actually want from Honda though, is the performance-oriented version of Civic – Type-R. Type-R could be a brand builder for Honda in India but it might prove to be an expensive introduction as it would be a CBU import. Despite that fact, fans would love the option of 2-litre turbo petrol with 315-HP & 400-NM of torque. 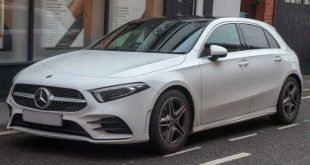