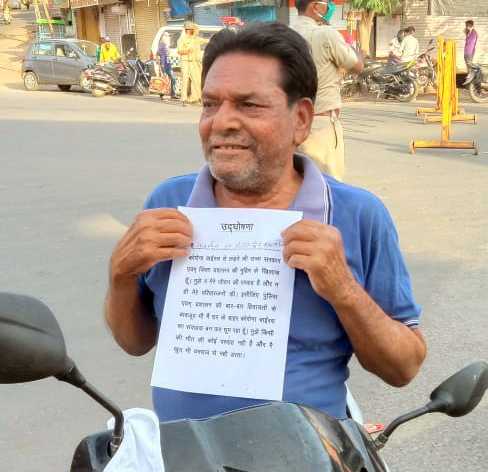 Udaipur : The police on Tuesday registered a case at Sukher police station against a mother and son for non compliance of home isolation order . This is first such case in Udaipur as the son who had returned from Bangkok on March 20 was found socialising with people instead or confining himself indoors.

SHO,Sukher DP Dadeech told the media that Jhamak Aggarwal resident of New KeshavNagar and his mother Sunita were charged under section 188 of the IPC for disobeying goverment orders. The family had been isolated and were instructed many times not to mingle with others in the neighborhood. The police sent Jhamak and his father Chandan to isolation center at OTC here while Sunita and her daughter were confined to their homes.

Meanwhile on Tuesday too, police had to take strict measures to deter people commuting on the streets without valid reasons. More than 150 motorcycles and scooters were seized from such people while at some places police held a campaign by making people hold notices in their hands where in it was written that he was an irresponsible person who didn’t follow rules and was least bothered of community spread of the fatal virus.In Banswara too police caught such persons and publicised their pictures on social media so that they could realize their mistakes .