Hindus are urging Houston Ballet to withdraw “La Bayadère” from its “2020-2021 Season”, which they feel seriously trivializes Eastern religious and other traditions.

Distinguished Hindu statesman Rajan Zed, in a statement in Nevada today, said that Houston Ballet, nation’s fifth largest ballet company which claimed to be an “anti-racist organization”, should not be in the business of callously promoting appropriation of traditions, elements and concepts of “others”; and ridiculing entire communities.

Zed, who is President of Universal Society of Hinduism, indicated that this deeply problematic ballet was just a blatant belittling of a rich civilization and exhibited 19th-century orientalist attitudes. He urged non-profit Houston Ballet to apologize for such an inappropriate selection.

Houston Ballet, which calls itself “world-class company”, and with sponsors like United Airlines and Houston Methodist, should have shown some maturity before selecting a ballet like “La Bayadère” displaying Western caricaturing of Eastern heritage and abetting ethnic stereotyping, Rajan Zed noted.

It was highly irresponsible for a community organization to choose such a ballet which had been blamed for patronizing flawed mishmash of orientalist stereotypes, dehumanizing cultural portrayal and misrepresentation, offensive and degrading elements, needless cultural appropriation, essentialism, shallow exoticism, caricaturing, etc. Houston Ballet could do better than this to serve the diverse Houston communities, Zed stated.

Rajan Zed also urged Houston Ballet Trustees Chair S. Shawn Stephens, Executive Director James Nelson and Artistic Director Stanton Welch to re-evaluate its systems and procedures so that such an inappropriate stuff did not slip through in the future. In addition, all Houston Ballet employees should be sent for cultural sensitivity training.

Moreover, organizations like Chevron (the human energy company) and The Wortham Foundation should re-think before sponsoring such ballets, Zed added.

“La Bayadère” (“The Temple Dancer”) is scheduled for February 25-March 07, 2021 and claims to feature “lavish scenery and costumes” and “mesmerizing classical performances”. It was first presented in St. Petersburg (Russia) in 1877.

Globally reaching Houston Ballet, opened in 1955, has reportedly evolved into a company of 61 dancers with a budget of $33.9 million and an endowment of $79.2 million; and having the largest professional dance facility in America named “Center for Dance”. 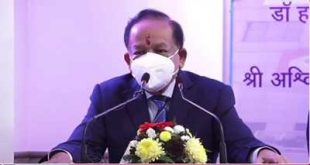 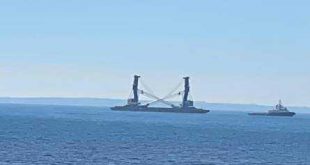 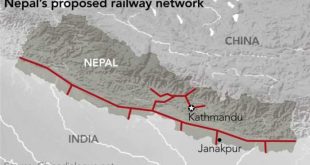