Hindu festivals cancelled in Harare due to Covid-19

Celebrations of upcoming major Hindu festivals in October and November have been reportedly cancelled in Harare (Zimbabwe) due to Covid-19. 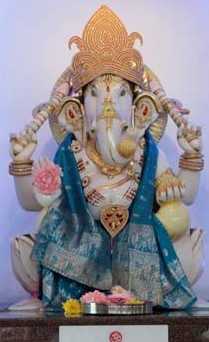 According to an announcement of The Hindoo Society Harare (HSH); traditional celebrations of upcoming festivals of Navratri, Sharad Poonam, Diwali and Bestu Varsh have been cancelled in the interest of the safety and well-being of the community.

Two Hindu temples in Harare, run by HSH, which had been closed for few months due to Covid-19, opened again on September 26 with various protocols.

Temperature of each person entering the premises of the Hindoo Society will be taken and hands will be sanitized at the entrance. Individuals with a temperature not in the permissible range (36.1 °C to 37.2 °C) will be denied entry, an announcement of HSH Executive Committee stated at their opening.

Wearing of masks is compulsory and visitors will be required to give their names and contact numbers at the entrance and abide by the tape demarcations to observe social distancing (minimum two meters) within the temple. Any person refusing to follow the procedures will be required to leave the premises, the announcement added.

Commending HSH for attempting necessary precautions and actions to combat deadly coronavirus and educating the community, distinguished Hindu statesman Rajan Zed, in a statement in Nevada (USA) today, urged Hindus to draw closer to God through prayer during Covid-19.

Zed, who is President of Universal Society of Hinduism, suggested Hindus to pray at least twice daily in their home shrines with total devotion and pure heart. These prayers might include making offerings to ista-devata, chanting mantras, reading sacred texts, performing aarti and bhajans, doing puja, etc.

Hindus are God’s people, full of courage and generosity. Petition God for the common good of all the local and world communities during these times of confusion and suffering, Rajan Zed says.

Hinduism is the oldest and third largest religion of the world with about 1.1 billion adherents and moksh (liberation) is its ultimate goal.