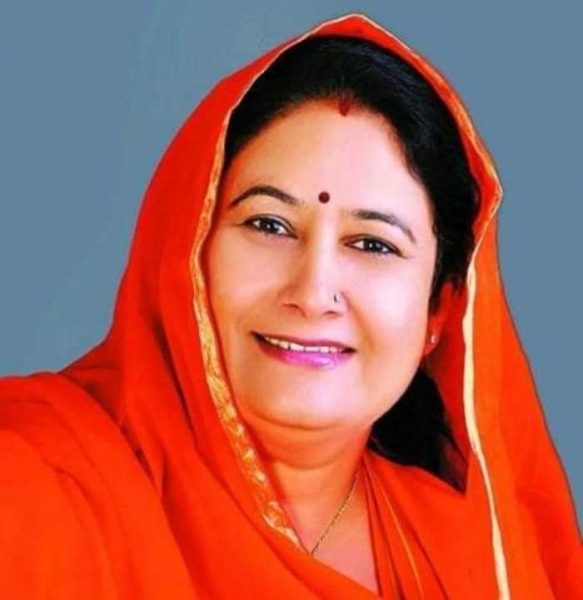 ‘Maheshwari did not furnish details of criminal cases’

Udaipur : While the election commission is proceeding with the formalities for by-polls for the Rajsamand seat, fallen vacant due to the death of legislator Kiran Maheshwari, a single bench of Rajasthan High Court, Jodhpur chaired by Justice Vinit Kumar Mathur is expected to pronounce its decision on Wednesday on a petition challenging Maheshwari’s candidature itself in the 2018 assembly elections on the grounds of erroneous affidavit. The High Court had concluded after hearing final arguments of both the parties and had reserved its judgement which is expected on Wednesday.

Meanwhile, Maheshwari’s daughter Deepti who bagged the BJP ticket for the seat, filed her nominations on the last day on Tuesday. The court decision may put an end to the befuddlement prevailing over the bypolls and it would be clear whether the polls would be held or the petitioner would be deemed elected in case Maheshwari’s election is nullified by the court. Maheshwari wrote ‘ Not Applicable’ in the columns requiring details of criminal cases against the candidate while there were 4 cases against her at the time of nominations.

The petitioner  Jitendra Kumar Khatik, had filed a petition in January 2019 to nullify Maheshwari’s election for allegedly failing to furnish details of the pending criminal cases. Khatik who had filed the nomination papers as an independent candidate for the Rajsamand seat in 2018, had pleaded to the court to declare him the winner uncontested.

Khatik, a lawyer who represented his case, had raised his objections to Maheshwari’s nomination papers before the Returning Officer who did not take any action on his complaint. Khatik then reported the case  to Election Commissioner New Delhi which advised him to appeal before a competent court under sections 125 (A) and 80 of the Public Representatives Act. “Narayan Singh Bhati, the congress candidate who finished second also had raised objection on Maheshwari’s nomination before the RO however, he chose not to appeal at the HC and hence, I remain the single claimant of the seat, if Maheshwari’s election is nullified” Khatik told Udaipur Kiran.

Interestingly, the Additional Advocate General (AAG) pleading on behalf of District Election Officer,  Returning Officer Rajsamand and the Chief Election Commissioner, had put up an application before the court to delete the three from the array of respondents as he said they have wrongly been impleaded as party respondents. The Election Commission had also filed an application for disposal of the petition on the ground that Kiran Maheshwari who was elected on the Rajsamand seat had expired on November 30.