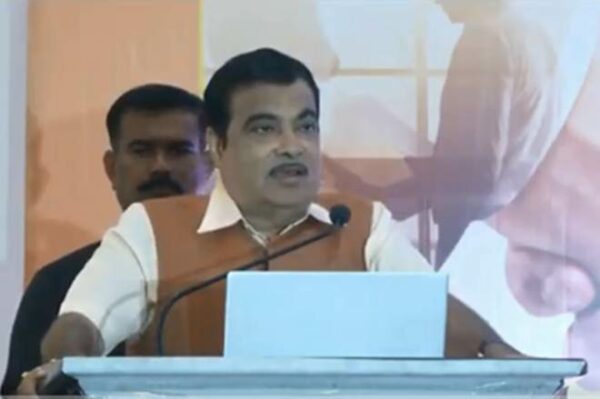 Union Minister for Road Transport and Highways Nitin Gadkri has that automobile industry is one of the largest contributors to the manufacturing GDP of the country and is a sector that has the highest number of employment. Addressing the 60th Annual Convention of SIAM through VC today he underlined that a lot stands on the shoulders of this industry in the current times. Gadkari assured to resolve the concerns of the industry in the interest of society and economy.

The Minister also expressed confidence over achieving Road safety targets in near future. He said, the automoble industry has progressed a lot in that direction. He noted that vehicle manufacturers have implemented regulations crucial to vehicle safety such as crash norms, ABS, airbags, seat belt reminder, reverse parking assist, VTS, etc. These regulations have brought the auto industry in India at par with the global auto  industry. This has been possible with extraordinary coordination and commitment of Indian automobile industry, he added. Gadkari applauded the automibile industry in leap-frogging to BS-VI standards.

Gadkari informed that the current rate of road building per day has averaged to 30 km a day, with the highest being 40 km per day of highways. He said, India has now the second largest road network in the world being fueled by the tremendous growth in construction of expressways and highways. Stressing that making the vehicles safer alone would not bring down the accidents and fatalities significantly, he Said, the same should be complemented with proper road designs and enforcement. This includes being equipped and future ready. He said, the future of mobility demands integration with infrastructure. Accordingly, all highways/expressways are being made with demarcated roads and lane markings, suitable for implementation of advanced driver assist technologies.

The Minister added that this century has been defined by the rise of digital and connected features that have become an integral part of life. Recognizing the impact of Digitalization, Motor Vehicle Amendment Act 2019 has promoted use of digital technologies for traffic safety and rule enforcement. With the cooperation of the industry, electronic toll collection with FASTag was successfully implemented. With its linking to the Vahan portal, FASTags would enable toll crossings seamless and smooth.

He said, Infrastructure growth and enhancement, is being looked at not only from a point of view of connected vehicles, but also electric & alternative fuel vehicles. He urged at increased use of alternative fuels, the focus being to ensure availability of ethanol fuel across the country, consistently. As penetration of these vehicles increases, the demand for supporting infrastructure, such as charging stations and fueling stations will grow and will have to be fulfilled. We will try to bring about an integrated fuel roadmap defining phase-wise introduction of different fuel options and supporting infrastructure, he said.