New Delhi : Following the measures taken by financial regulators such as the US Security and Exchange Commission (SEC) and the UK’s Financial Conduct Authority (FCA), Indian regulators and enforcement authorities have started monitoring investment in Hyper Fund- a Decentralised Finance (DEFI) offering through blockchain technology by HyperTech Group. An advisory from Indian regulators and authorities is expected soon followed by further actions to save people from Ponzi schemes like Hyper Fund. 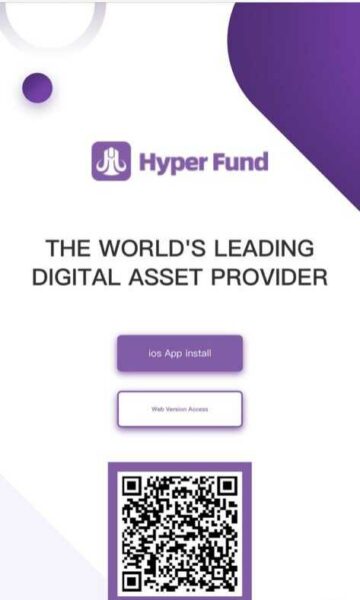 Hyper Fund, a DEFI by Hyper Tech Group led by Ryan Xu has come under the radar of the US and UK regulators recently. The Group claims to have launched the Hyper Fund to provide a decentralized financial infrastructure. HyperFund was announced in mid-2020. It is essentially Xu and HyperTech’s migration to DEFI. However, with the Multi-Level Marketing (MLM) model Hyper Fund has been luring investors with higher returns and such offerings, a common practice under Ponzi Schemes, have alerted authorities across global.

The Financial Conduct Authority of the UK has given Hyper Fund a fraud warning. On its Website, the JCA said, “We believe this firm may be providing financial services or products in the UK without our authorisation. Almost all firms and individuals offering, promoting or selling financial services or products in the UK have to be authorised or registered by us. This firm is not authorised by us and is targeting people in the UK.”

Warning investors of Hyper Fund, it further said, “You will not have access to the Financial Ombudsman Service or be protected by the Financial Services Compensation Scheme (FSCS), so you are unlikely to get your money back if things go wrong.”

Globally, Financial regulators acknowledge the fact that Ponzi scheme organizers often use the latest innovation, technology, product or growth industry to entice investors and give their scheme the promise of high returns. Potential investors are often less skeptical of an investment opportunity when assessing something novel, new or “cutting-edge.” On its website, Hyper Fund claims to be ‘The Strongest Rocket in Blockchain Finance’

The US Regulators have also been alerted. Hyper Fund’s largest traffic is coming from the USA. Recently, the US Security and Exchange Commission’s (SEC) Office of Investor Education and Advocacy has also issued an investor alert to warn individuals about fraudulent investment schemes that may involve Bitcoin and other virtual currencies. “We are concerned that the rising use of virtual currencies in the global marketplace may entice fraudsters to lure investors into Ponzi and other schemes in which these currencies are used to facilitate fraudulently, or simply fabricated, investments or transactions. Any investment in securities in the United States remains subject to the jurisdiction of the SEC regardless of whether the investment is made in US dollars or a virtual currency. In particular, individuals selling investments are typically subject to federal or state licensing requirements,” the SEC warned.

According to sources, complaints against Hyper Fund have started pouring in several states. In India, the RBI, Union Finance Ministry and SEBI warned people against cryptocurrency trading. The Finance Ministry has clarified that Virtual currencies are also not legal tender. Hence, VCs are not currencies. The RBI has also clarified that it has not given any licence/ authorization to any entity/ company to operate or deal with Bitcoin or any virtual currency. The RBI is planning to launch India’s official digital currency- E Rupee soon.

Experts pointed that the uncertainty on the regulatory front for cryptocurrencies has prevailed for years now, leading to the emergence of nefarious use cases for crypto. A lot of these are Ponzi schemes, luring investors by talking up a new cryptocurrency that could fetch higher returns on investment than mutual funds or the more conventional investment instruments. Eventually, these schemes go bust, robbing investors of their hard-earned money, they said. There have been several cases in India. With the recent case of a Gujarat cryptocurrency trader arrested in connection to a money-laundering probe related to an online betting racket. The Morris Coin Scam in Bengaluru is yet another fraud case.

Last year in September, Delhi Police was investigating an alleged cryptocurrency exchange scam, believed to have been operated by one Pluto Exchange, which marketed itself as a cryptocurrency investment firm. Media reports highlighted that Amit Bhardwaj alleged committed a scam of USD 300 million by duping over 8,000 investors through MLM or Pyramid scheme. Another firm Bitconnect had launched its cryptocurrency called Bitconnect Coin 2016. It is estimated to have duped investors of USD 2.7 Billion worth of value in cryptocurrencies.

Experts say these crypto scams aren’t outliers but just the notable examples of crypto scams to have emerged from India. Founders of Indian crypto exchanges and industry stakeholders have repeatedly that scams in the domain will continue to proliferate until the Indian government comes up with concrete regulations around cryptocurrencies and blockchain technology in India.

HyperFund’s CEO Ryan Xu has been popularized in the circuit as a ‘crypto giant’. However, he has failed attempts in the crypto space to his credit. Hence, HyperFund is considered to be an attempt on his part to survive his previous ponzi scams. HyperFund affiliates invest tether (USDT) into HU, an internal token, on the promise of a 300% ROI. HU investment tiers are 300, 500 and 1000. The regular return is 200% but there seems to be a perpetual 300% limited time offer. HyperFund affiliate membership is tied to an initial 300, 500 or 1000 HU investment package. HyperFund solicits investment in USDT, meaning the above amounts are roughly equivalent to $300, $500 and $1000. Insiders said that having failed to resuscitate HyperCash, Ryan Xu has turned HyperTech into a full-blown Ponzi shitcoin factory. This is being done behind the ruse of DEFI because that’s the current trendy model for the MLM crypto business. HyperFund is a 300% ROI Ponzi scheme combined with pyramid recruitment. This is typical of HyperTech, with the company’s marketing tying at least 150 shell companies to Ryan Xu. Hyper Tech acknowledges they are offering a passive investment opportunity through HyperFund. This constitutes a securities offering. This indicates that Xu and his Hyper companies are committing securities fraud in the US and other countries. The promotion of unregistered securities by US residents is also illegal. The math behind Ponzi schemes guarantees that when they collapse, the majority of participants lose money. In the case of Hyper Fund, this will manifest itself by way of Hyper Fund affiliates being left holding worthless HU points.