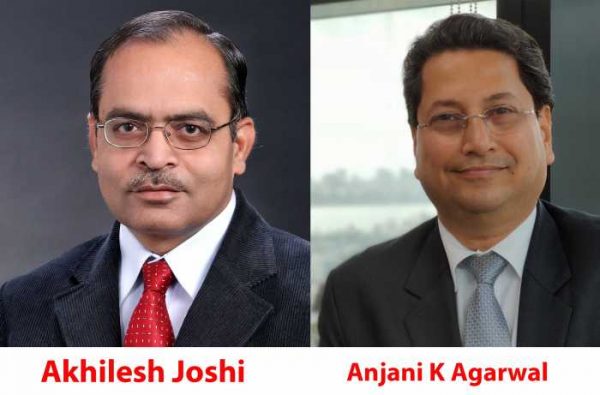 Zinc and Silver mining major, Hindustan Zinc Ltd, a subsidiary of India’s largest diversified natural resources company Vedanta Ltd, announced the appointment of Anjani K Agarwal, a former senior partner of EY and Akhilesh Joshi, former CEO of HZL as Directors on its Board effective August 1, 2020. The Udaipur-headquartered HZL is the largest producer of zinc, lead and silver in India and has ambitious growth plans.

Anjani Agrawal retired from EY in June 2019 after a 40 year long professional career, 26 of which were spent as Partner at the global consulting firm. He has worked with the Union Government and NITI Aayog on several policy matters and has been guest faculty at the Indian School of Business and SDA Bocconi.

Said Agrawal on his appointment, “Hindustan Zinc is amongst the most successful value-creation stories post privatization and has made significant progress over the years. I look forward to working with the Board of Directors, Management team and its young talent pool for sustainable development of the business for the benefit of all stakeholders.”

Akhilesh Joshi is a first-class mine manager, who began his career at HZL in 1976 and was appointed as COO and whole-time director in the period between 2008-2012. Further, he took over as the company’s CEO and whole-time director in the period between 2012-2015. He was designated as President of Vedanta’s Global Zinc Business during 2015-2016. He is the recipient of National Mineral Award 2006, by Govt. of India for his outstanding contribution in Mining Technology and Business Today Best CEO Award (Core Sector) 2013.

Said Joshi, “Hindustan Zinc has a great legacy, it has been in the forefront in leveraging best in class technology and innovation. It is my privilege to be part of this great company again and contribute to its growth vision.”