India has crossed yet another landmark milestone in the fight against the global pandemic. The cumulative testing has crossed 15 Cr.

The past one crore tests were added in just 10 days. Comprehensive and widespread testing on a sustained basis has resulted in bringing down the positivity rate. In another significant achievement, India has reported less than 40,000 new daily cases for eleven continuous days. In the last 24 hours, only 31,521 persons were found to be COVID positive in the country. 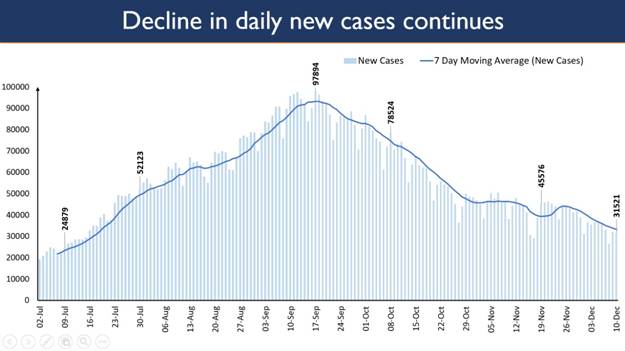 India also registered 37,725 new recoveries in the same duration which has led to a further contraction of the Active Caseload. India’s present active caseload of 3,72,293 consists of just 3.81% of India’s Total Positive Cases. 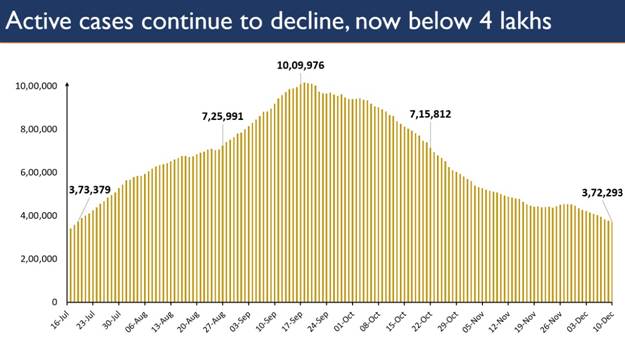 The total recovered cases have surpassed 92.5 lakh (92,53,306) today. The Recovery Rate has improved to 94.74%. The gap between Recovered cases and Active cases is steadily increasing and presently stands at 8,881,013.

77.30% of the new recovered cases is contributed by ten States/UTs. 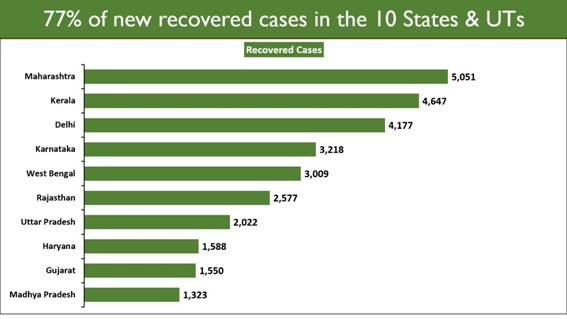 Ten States/UTs have contributed 74.65% of the new cases. 18.20% of new fatalities reported are from Maharashtra which reported 75 deaths. Delhi also saw a figure fatality count of 50 contributing another 12.13% of the fatalities. 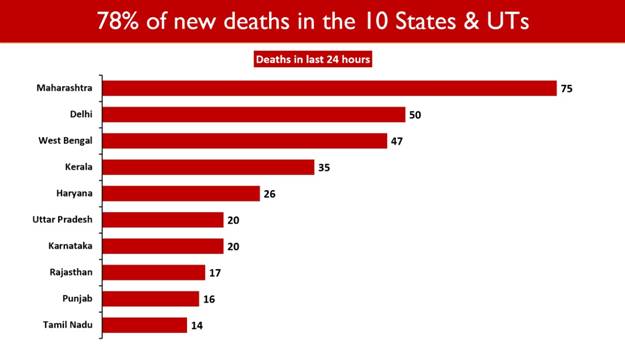 The daily new deaths have been less than 500 from the last five days. 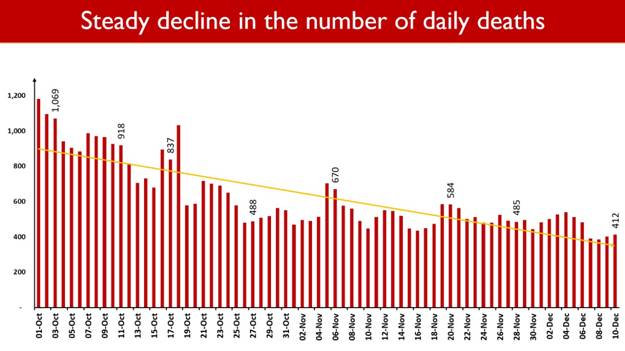