According to the data released by the Commerce and Industry Ministry today, the output of coal sector fell 15.5 per cent, crude oil declined by 6 per cent , natural gas by 12 per cent, refinery products fell by 8.9 per cent, steel sector plunged by 33.8 per cent, cement  by 6.9 per cent and electricity declined by 11 per cent.

In May this year, the sectors’ output contracted by 22 per cent. The eight core sectors had expanded by 1.2 per cent in June last year. 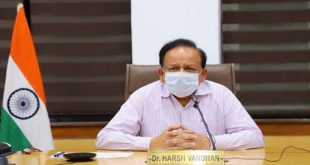