Dr. Harsh Vardhan holds first of its kind policy consultations with Indian Scientific Diaspora on STIP-2020 in a virtual meeting 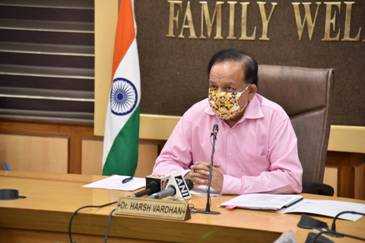 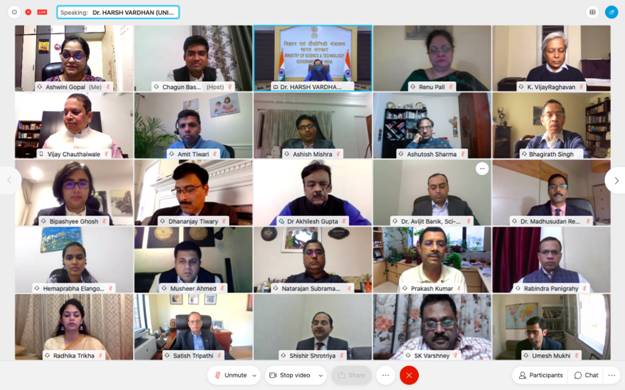 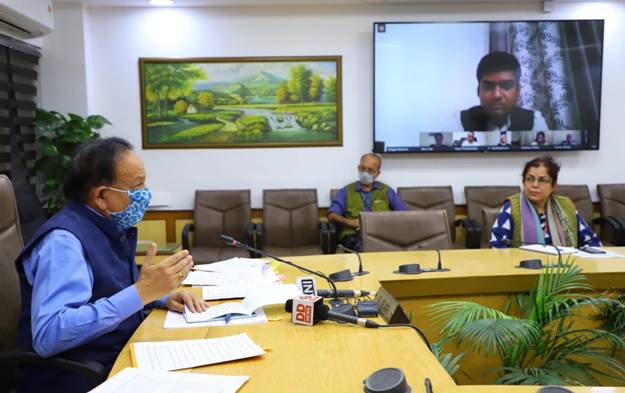 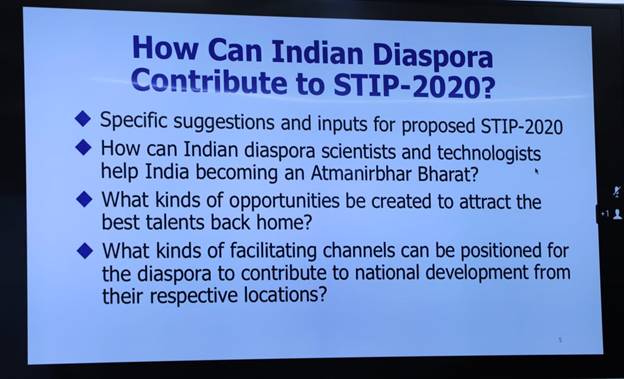 Dr. Harsh Vardhan said that the landmark policy initiative has been started as India and the world reorient in the present context of the COVID-19 crisis and emphasised,“The consultation aims at generating and streamlining key ideas in the making of STIP 2020 and involving the Indian diaspora as one of major stakeholders in the policy formulation process.”He encouraged the Indian Scientific diaspora to share their suggestions on the policy adding that these suggestions would be collated and considered to be included in the draft STI policy.

“It is important to build policy level mechanisms that enable creation of suitable opportunities for attracting best talents back home. The upcoming policy aims to address both the first and secondgeneration diaspora by facilitating institutional mechanisms for engagement with Indian ecosystem,” Dr Harsh Vardhan pointed out. He underlined that “The VAIBHAV Summit and the recently launched dedicated, one-stop platform for S&T diaspora engagement, “PRABHASS” are some proactive steps of the Government towards this engagement”.

Acknowledging the huge untapped potential of the diaspora, Dr Harsh Vardhan said that the scientific diaspora contributes a lot in both internationalization of science and technology development and boosting the country’s technology intensity. He mentioned the significant contributions of the large and highly skilled Indian diaspora communities in forging the development of Indian IT and Biotech industry.

Paying tributes to the Nobel Laureate and Bharat Ratna Prof. C. V. Raman on his birth anniversary yesterday, Dr Harsh Vardhan pointed out that the past few years have witnessed accelerated national growth placing India as a global STI leader. “There has been a significant rise in the country’s performance in terms of publications, patents and quality of research publications. Per capita R&D expenditure has also increased with greater participation from the private sector. Participation of women in extramural R&D projects has almost doubled. India is also actively engaged in emerging technologies such as nanotechnology. The country’s capacity in inclusive and frugal innovation has been recognized globally”, he said.

Dr Harsh Vardhan stressed that India aims to connect the diaspora back to Indian scientific and economic ecosystem to accelerate the growth in STI. “Reinforcingtheir engagement will enable India to leverage its S&T expertise across the globe for robust growth in all areas of Science, Technology and Innovation”, he said.

Appreciating the suggestions put forward by diaspora scientists, the Science & Technology Minister said, “Indian scientific diaspora is considered one of the most vibrant diaspora communities around the world. People of Indian origin holding leadership roles in academia, industry, and also the Government, even in some of the technologically most advanced countries are revealing evidence of that”. “There is a huge potential in connecting and engaging with the Indian scientific diaspora – not only for the benefit of our national development but also for global welfare”, the Union Minister stressed. 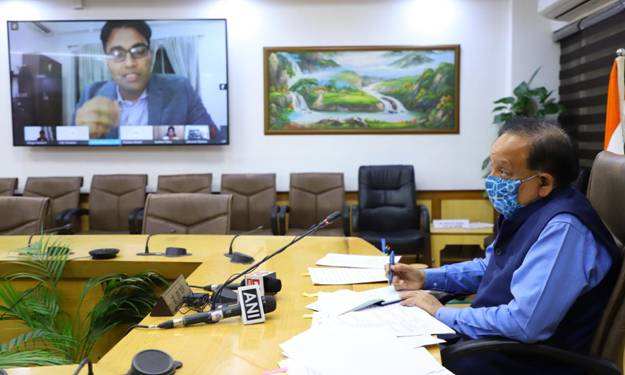 Outlining the new policy under formulation, Dr Harsh Vardhan said, “The core vision of STIP 2020 is the decentralization of policy designing by making it a bottom-up and inclusive process. It aims to realign priorities, sectoral focus and methods of research and technology development with the goals of larger socio-economic progress. The proposed STI policy is expected to leverage the astounding progress that the STI system has witnessed in recent years and build a longterm pathway which must be able to fulfil the dreams and aspirations of millions of young Indian scientists and students. This can be done only when we make policy formulation totally inclusive and participatory”.

Professor Ashutosh Sharmasaid, “STIP 2020 is not just a wishlist but a compendium of actionable plan process.”He highlighted the importance of deep connected minds for the framing of a profound policy which is connected to the people and future ready. Dr. Vijay Chauthaiwale, Healthcare-Biotech Consultant, appealed to the diaspora to contribute their expertise under various schemes and participate wholeheartedly in the formulation of STIP2020.

The formulation of STIP 2020 is driven by 4 interrelated tracks, 21 expert-driven thematic groups, and focused public discussions/consultations. The process aims to define priority issues for the national STI ecosystem, recommendations with aligned implementation strategies, expected deliverables, and a rigorous monitoring mechanism. 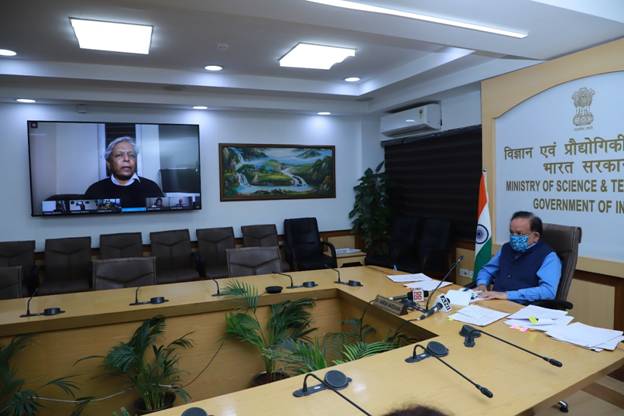