Speaking on the occasion, Dr. Harsh Vardhan said that Gandhiji’s persona was such that it continues to inspire the entire humanity even today. Stating that Gandhian philosophy touches all aspects of life, he said, “Mahatma Gandhi  always stressed upon sustainable development. He highlighted the efforts of Science & Technology Ministry for developing digital tools to spread the values of Gandhiji. He called upon youth to imbibe Gandhiji’s teachings to create a better and just society”. 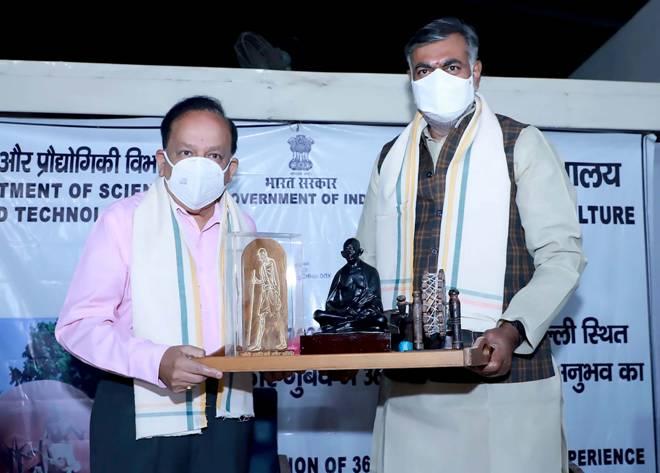 Prahlad Singh Patel, in his address, said that Gandhiji’s thinking was a perfect amalgamation of cultural thinking and scientific temper. He said that the Mahatma’s teachings are much more relevant today, especially for rural development.

Professor Ashutosh Sharma, Secretary, Department of Science & Technology, said that the DST felt that Virtual Reality (VR) and Augmented Reality (AR) are very powerful technology tools that could be used to disseminate the message of Gandhiji to the youth of India and therefore proposed setting up of a 360° video-immersive experience based on the life of Mahatma Gandhi in a circular dome at Gandhi Darshan as part of conclusion of the Commemoration.

Following Four films on life of Mahatma Gandhi (both Hindi and English versions) were combined and a complete film was produced.

Content from Gandhi archives such as photos, videos, audio interviews were processed into digital formats and used wherever possible. The 360o dome project has been implemented by Indian Institute of Technology (IIT), Delhi.

After completion of testing, calibration and fine-tuning for public viewing, the films have been integrated with the Dome installed at Gandhi Darshan, Rajghat.

In addition to the dome experience, DST through Vigyan Prasar, an Autonomous Institute under the Department, took up the task of setting up of Digital Exhibits on Mahatma Gandhi. These are displayed at 17 locations throughout the country – 15 museums under National Council of Science Museums (NCSM) and 2 at Gandhi Darshan and Gandhi Smriti, New Delhi. These exhibits present the life and thoughts of Mahatma Gandhi through various digital means with funding from Ministry of Culture. The themes on display are:

(ii)          The Freedom Movement led by Gandhi, chronicles of his travels, Satyagraha and his thoughts;

(iii)         Associates of Gandhi, people who inspired Gandhi and those following his footsteps;

(iv)         Contemporary Relevance of Gandhi, his influence in modern world;

The digital and virtual display/exhibits at Gandhi Darshan are  ready for public viewing. 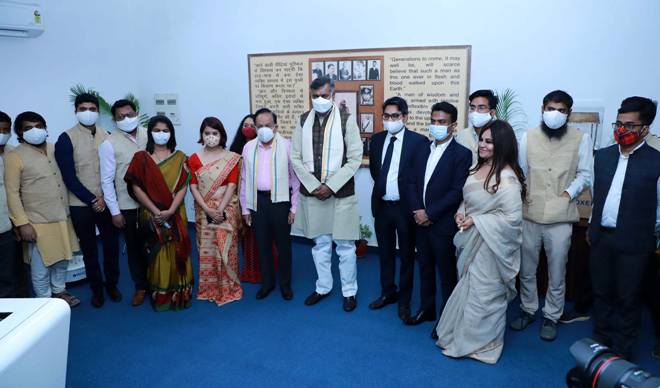