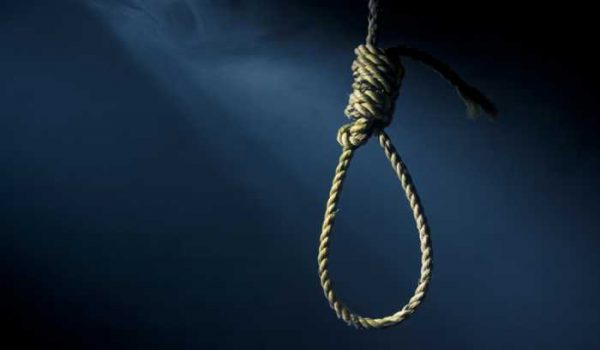 Udaipur : A young couple hanged themselves with the same rope on Saturday in Sarada of Udaipur district after failing to convince their respective families for their marriage. The couple had tried to elope during Holi too, however, their families brought them back home and tried to convince them against the alliance.

The couple was identified as Jagdish (23) and Asha (18) who had been in a love relationship for long time. Jagdish worked a daily wager and this was the reason for Asha’s parents not approving their daughter’s marriage with him.

On Saturday the couple  left their homes and went to a nearby hill and hanged themselves with the two ends of a rope. They were found hanging holding each other’s hands. Sarada SHO Anil Bishnoi said both the families would be interrogated,prima facie it appears to be a case of family opposition.