China is taking wartime measures to stop coronavirus in Wuhan. Government has ordered Wuhan to round up all suspected coronavirus patients as well as their close contacts in mass quarantine camps.

Officials in Wuhan are now carrying out door-to-door health checks to identify potential carriers who would need to be isolated. Other cities far from the epicentre have also taken measures to keep people indoors, limiting the number of individuals who can leave their home.

The virus has spread to two dozen countries, prompting several governments to ban arrivals from China and urge their citizens to avoid travelling to the country. Some have recommended their citizens leave China.

Major airlines have suspended flights to and from China.

Meanwhile, Singapore has raised its risk assessment to the second highest level of alert on Friday as the number of coronavirus cases linked to China rose to 33.

Singapore, which has one of the most confirmed cases of the mysterious new virus,  raised the Disease Outbreak Response System Condition to orange, the same level it reached during the SARS outbreak in 2003..

Three more coronavirus cases have been reported on friday that have not been linked to previous infections or travel to China.

United States has offered up to USD 100 million to China and other impacted countries to combat the fast-spreading coronavirus. United States has also donated over 17.8 tons of medical supplies to China including masks, gowns, gauze and respirators.

Secretary of State Mike Pompeo said that this commitment along with the hundreds of millions donated by the American private sector, demonstrates strong US leadership in response to the outbreak.

The aid pledge comes after Beijing criticized the US response to the health crisis, saying that Washington has been spreading “panic” by banning the entry of foreign nationals who travelled to China.

Meanwhile, demand for masks, gowns, gloves and other protective gear has risen by up to 100 times, producing a “severe” disruption in supply.

World Health Organization chief, at a press meet in Geneva said, “This situation is exacerbated by widespread use of personal protective equipment outside patient care. He said that he had spoken to manufacturers and distributors to ensure supplies for those who need them.” 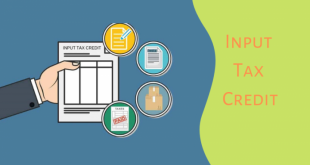