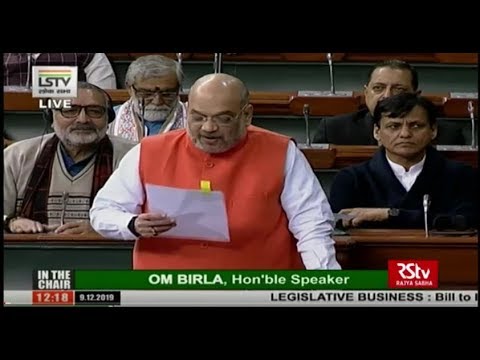 The Citizenship Amendment Bill, 2019, has been tabled by Union Home Minister Amit Shah in the Rajya Sabha. The Bill seeks to grant Indian citizenship to refugees from Hindu, Christian, Sikh, Buddhist and Zoroastrian communities fleeing religious persecution from Pakistan, Afghanistan, and Bangladesh who entered India on or before December 31, 2014.

Opposition parties including Congress, Nationalist Congress Party, Trinamool Congress, DMK are protesting against the bill, which was passed by Lok Sabha on Monday with a majority of 311 votes against 80 in the Lower House where 391 members were present and voted.

In the 245-member Rajya Sabha, the halfway mark is currently 121 as five seats are vacant bringing down the strength of the House to 240.