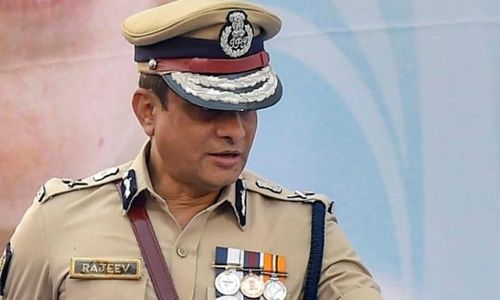 New Delhi, May.24 (Udaipur Kiran): CBI is all set to arrest former Police Commissioner of Kolkata, Rajeev Kumar very soon as Supreme Court has rejected his petition for extending protection from arrest in Sharda Chit Fund case, a reliable source in CBI informed this today.

The Supreme Court has said during hearing that his petition has already been rejected by CJI and now it was not proper to come to the court with the same petition. However, his lawyer told the court there was lawyer’s strike in Kolkata courts so he could not be able to go to the concerned court for legal remedy. But, Supreme Court said that courts are functioning there well.

The Supreme Court said Kumar can approach the courts in West Bengal or file an application before Chief Justice of India Ranjan Gogoi. On May 17, the court lifted the interim protection from arrest granted to Kumar and gave him seven days to seek legal help. His interim protection from arrest ends on Friday. Earlier, the Central Bureau of Investigation has sought the police officer’s custodial interrogation in connection with the Saradha chit fund scam, claiming he had given evasive replies during questioning.

The CBI interrogated Kumar in February in Meghalaya’s capital Shillong about his alleged role in tampering with crucial evidence in the case. Kumar had headed the Special Investigation Team set up by West Bengal Chief Minister Mamata Banerjee to investigate the scam before the top court handed over the case to the CBI. The CBI moved the Supreme Court after Kolkata Police prevented its officials from approaching Kumar at his official residence in Kolkata on February 3. The same night, Banerjee began the “Save the Constitution” protest at Esplanade, accusing Prime Minister Narendra Modi and BJP President Amit Shah of plotting a “coup”.
Kumar had also joined the protest along with a few other police officers. He was later transferred to the Crime Investigation Department, where he held the rank of additional director general of police and inspector general of police. He was removed from the position by the Election Commission last week. The Saradha company ran several ponzi schemes in West Bengal, allegedly defrauding lakhs of people. Thousands of crores of rupees were lost after the scheme collapsed in 2013.
Please share this news
2019-05-25
chundawat
Share