Home / SPORTS / Can India Become A Dominant Force in Asian Football Under Štimac?

Can India Become A Dominant Force in Asian Football Under Štimac? The Indian national football team has seen significant successes in Asia in the past but has never quite managed to make a big impact on the World Cup scene. What’s more interesting, India has never participated in a FIFA World Cup. But, with the sport growing in popularity in the country over the past few years, the future looks bright for the Indian national team. As fans are slowly coming back to stadiums in bigger numbers, Indian football seems to be on the road to recovery and a bright future.

Many football fans might find it surprising that a country with India’s population number and the player pool has never made it to the World Cup. As one of the 47 AFC members, India participates in AFC World Cup qualification, which has 4.5 places reserved for teams from the Asian continent. Which means that India has to be one of the top 4 teams on the continent to go through to the World Cup directly. Or, secure the fifth place and qualify through the inter-confederation playoffs. The AFC qualifications usually come in five rounds.

What are the current Odds?

Progressing through the Third Round would already be a great success for India’s national squad and will help set the team on the right tracks under Štimac. When looking at the odds, betting sites in India and around the world, don’t think that the team has the right experience to qualify yet. For example, if you were to place a bet that India will win the 2022 World Cup, you can expect odds of 4000:1, putting the team alongside Malta and similar-ranked countries. It’s clear that the World Cup is a big step for the team at the moment, but Štimac’s appointment can turn the tide for future competitions and the next qualification cycle. What Does the Future Hold For Indian Football?

Apart for its relatively continuous success in the SAFF Championship, India’s football squad hasn’t managed to bring home a medal from the Asian Games for almost five decades. With many sports pundits recognizing the country’s potential to grow into a great powerhouse in Asia, here are some of the biggest things to be considered in the future: 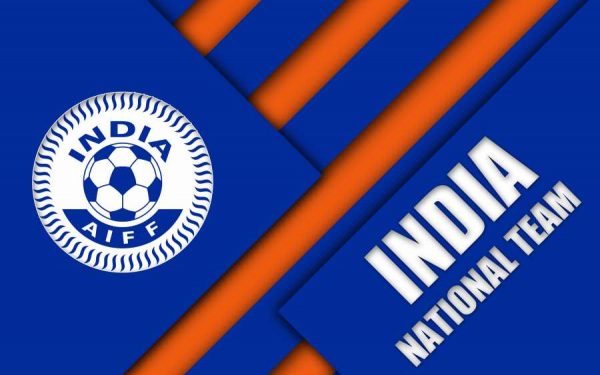 It’s no secret that India has had several top-quality players during its football history. From legends like TalimerenAo and Gostha Pal to modern-day football-icons like SunilChhetri,who is the current all-time top goalscorer and most-capped player in the country’s history. But, what Indian players, both old and young, have together, is that the vast majority of them never played a single game abroad. Not one of the 23 players in the roster for the World Cup qualifications currently plays for a club outside India. Moreover, from a new pool of 26 players that were in the national team’s rotation over the past year, not one player plays for a foreign club.

This piece of data shows just how unappreciated Indian players are in football leagues around the world. And this isn’t due to a lack of player talent, but more because scouts from other leagues don’t pay that much attention to Indian football. This networking issue should be one of the first things the new and ambitious All India Football Federation should consider.

India suffers from the same problem as the Chinese national football team, a huge player pool and a relatively closed market for domestic players to go abroad. While the Chinese have managed to strengthen up their league by pouring vast amounts of money into domestic clubs. As well as bringing in big foreign stars into their associations, the national team has yet to experience any significant success.

The two nations also have one more in common – the fact that they’ve significantly increased spending on youth infrastructure and the development of young players. India has done a lot to improve training conditions for players over the past few years, but also to encourage big foreign clubs to set up youth academies in the country. While it may take some time until all of these efforts produce results, it’s an encouraging sign that things are going in the right direction. The decision by the All India Football Federation received an overwhelmingly positive receptionwhen Igor Štimactook over on May 2019. Known as a fierce and uncompromising defender during his playing days, Štimac was brought in to reorganize the entire squad and bring a much-needed defensive boost to the national team. A weak defence is an issue the Indian football squad has struggled with for decades and has been a significant obstacle in the team’s progress.

Being led by Štimac, India’s football team in just a short time has managed to improve its defence and has already recorded two clean sheets in the first seven matches. While it’s still unclear when India will break out as the next big team, the future is undoubtedly bright for Indian football as the sport continues to grow year in and out.