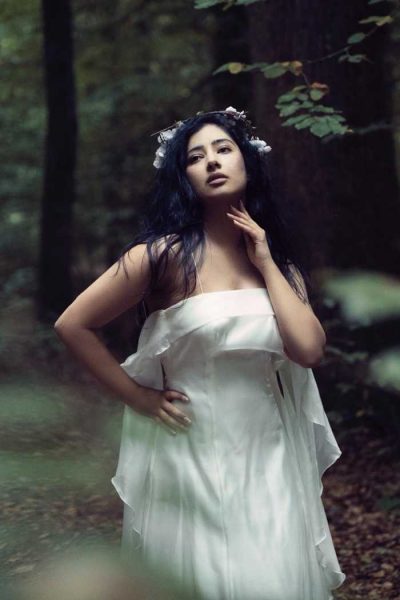 Noted for flawless skin and natural curly lush hair, Niharica talked about guarding her rawness in this world of plastic beauties. She said, “I believe in being as organic and natural as possible. And that is my general motto or mantra in life and I want to stick with it. So be it on the large screen, I don’t particularly like it when they put loud make-up on me. And I love it, when I am as natural as possible, even in my social media videos. So I would like to stay organic and natural in life and on-screen as well.

Niharica was interacting with Lisa Burke on her podcast show for RTL, which happens to be the largest media group in Europe.

Niharica also talked about rejections and comparisons that happen in the entertainment world and her method to deal with it.

She said, “I won’t lie, I have been extremely jealous at times, I think it is human nature, especially when you have put everything on the line for a role and someone else just takes it away from you, which happens more often than I care to admit”

“You need to have a big heart for the rejections and comparisons which do come your way. Because everyone is being compared to everyone else, it would be stupid to think that it won’t happen but how you react to that comparison and rejection that totally depends on you. I will always put my best foot forward” added actress.

The actress will also be seen in Rohit Shetty’s upcoming film, “Sooryavanshi”, starring Akshay Kumar and Katrina Kaif. She is undergoing rigorous preparations to play an ATS officer in the film.

Sooryavanshi is co-produced by Rohit Shetty and Karan Johar, in association with Reliance Entertainment and Cape Of Good Films. The film is slated to release on March 27 next year.