The Sports Authority of India regional center in Mumbai organised an online interaction with Badminton player Chirag Shetty on Friday. The star shuttler, who was a recipient of the  Arjuna Award at the virtual National Sports Awards last month, spoke on the importance of the ongoing Fit India Freedom Run. Organised by the Sports Ministry, it is the largest country-wide that was launched on August 14 by the Union Minister of Sports & Youth Affairs Shri Kiren Rijiju. The run, to go on till October 2, has been lapped up by sportspersons and non-sportspersons from all spheres and seen major reception.

“I feel it is a great initiative not only for physical but also mental benefits. General public should join this movement and make it a grand success. Running helps you to a great extent,” Chirag said.

The shuttler also added that some preconceived notions involved with running should change. “People have this notion that after running they will get tired, but what I feel after a run is that I’ve always felt really rejuvenated after I’ve come home. For a regular person also, it gives an added energy once you get to your workplace. It gives you both the physical strength and build the mental calmness,” Chirag added.

The 23-year-old, who has forged a wonderful partnership with Satwik Rankireddy on court, gives out an honest truth. “Great personalities can inspire you to take to running only up to some extent. But it has to come from within. You have to feel the happiness you get from inside only after a few days of running. Also, you have to complement running with a proper nutrition,” the 2018 Commonwealth Games gold medallist mentioned. 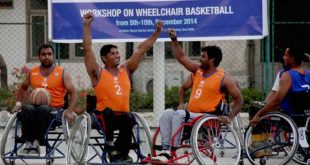 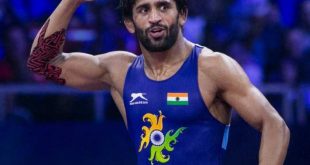 Preparation for Olympic Games is an ongoing process. Participation in Olympics is through qualification and …