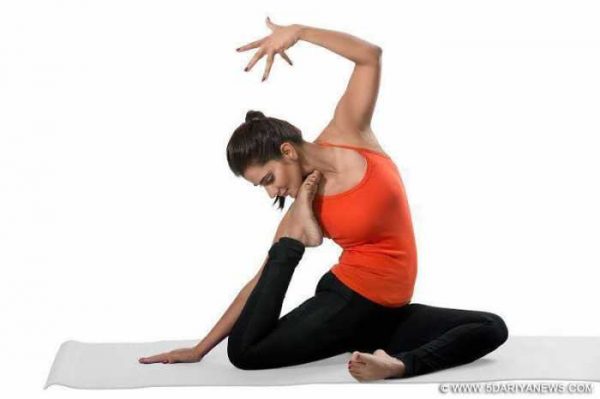 The operational integration of Ayush Grid, the emerging IT backbone for AYUSH Sector with the National Digital Health Mission (NDHM), was endorsed at a high level meeting chaired by Vd. Rajesh Kotech Secretary, Ministry of AYUSH recently. The Ayush Grid team and the NDHM have already held several rounds of discussions in the matter and reached understanding on the modalities involved. This integration will be immensely beneficial to the public for availing varied options for their health needs. The integration will also accelerate the mainstreaming of Ayush disciplines of healthcare.

Secretary (AYUSH) also reviewed the current status of IT initiatives undertaken under the Ayush Grid project. It was observed that in the last two years Ayush Grid project succeeded in bridging the digital gap in the Ayush Sector and also in implementing various critical healthcare IT projects.

The Ayush Grid project was initiated by the Ministry in 2018 for creating a comprehensive IT backbone for the entire sector. Digitalization of the entire Ayush Sector will lead to its transformation in fields of health care delivery at all levels, including research, education, various health programmes and drug regulations. This will be beneficial for all stakeholders of Ayush including citizens of the country and in turn will help to achieve various national and global goals in healthcare.

The most significant among the different initiatives implemented so far in the project is the AYUSH Health Management Information System (AHMIS). Originally based on THERAN, an HMIS developed in-house by the Siddha Research Council, Chennai, the AHMIS has now emerged into a robust, cloud-based Information System used by nearly100 Clinical establishment of the AYUSH Ministry. Further, the services of M/s Bharat Electronics Limited (BEL), Bangalore has recently been enlisted to rapidly enhance its scope. The Ministry is also preparing to deploy AHMIS to Ayush units outside the Central Government umbrella, so that the entire Ayush Sector can make use of it.

Another success of Ayush Grid is the development and implementation of the Ayush Sanjivani mobile app and the Yoga locator mobile app, to meet the urgent demands of the concerned Divisions of the Ministry. These applications have a combined down-load number of 6 lakhs, and have served their objective of reaching out to a large audience in a short time satisfactorily. During the initial weeks of Covid-19 pandemic, the Ministry launched various crowd sourcing activities for gathering Covid-19 inputs as well as mobilising Ayush volunteers. Further, a Covid-19 dashboard was also set up for real time information. The Ayush Grid project was able to support such critical initiatives related to managing the health crisis, despite various lock down related constraints.

Under the Ayush Grid, a customised IT course for Ayush Professionals was developed in collaboration with C-DAC, Pune. Nearly 200 Ayush professionals including a few from stake-holding institutions outside government were trained as part of this initiative. This has helped considerably to bridge the digital gap in Ayush sector, and these professionals will play an important role in taking the digitisation of the sector forward. The other successful projects implemented as part of Ayush Grid include the Telemedicine programme launched with C-DAC on 1st November 2019 as a pilot project in Siddha system. Since lock down, it is functional for Homoeopathy and Ayurveda systems also. Nearly 20,000 people have been served through this.

An ambitious project to support Ayush education is being launched with the name Ayush Next. This has been developed, and is expected to go online soon.

The Ayush Grid is steadily developing through its constituent projects. It is expected to emerge as a comprehensive IT backbone serving 8 lakh Ayush physicians and nearly 50 crore citizens within three years.