Maninder Singh, Addl. Chief Secretary, govt. of Assam also accompanied the Minister. The delegation has arrived on Monday from Guwahati by the maiden Spicejet flight under Udan scheme.

Briefing the visiting dignitary, acting High Commissioner informed that the number of visas being issued for India in Bangladesh has gone up to 14.8 lakh last year. He said there is a tremendous scope for upscaling the people to people ties between India and Bangladesh as the two countries enjoy historic friendship and goodwill.

The delegation later visited the Visa Application Centre in Dhaka. 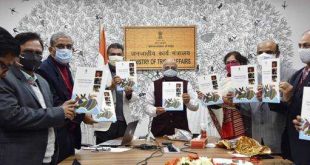