According to an official announcement on their blog, Amazon is now committed to its plan to begin manufacturing Amazon devices in India. Relayed by SVP and Country Head Amit Agarwal, the first product off the line will be the Fire TV stick. Already a popular product in India and abroad, manufacturing within India’s borders could signal a rallying cry for other major hardware device companies.

Working together with Cloud Network Technology in Chennai, production is scheduled to begin later in 2021. Though many of the new Fire TV devices will be sold domestically, there is also hope that international sales could return benefit to India’s economy.

As stated by Agarwal, this development intends to “advance the vision of an Aatmanirbhar Bharat”, so building upon last year’s aims as well as upon other Amazon expansions within the country. In real terms, this means a US $1 billion investment from Amazon in both this production facility and millions of small to medium businesses. According to current goals, this plan would result in US $10 billion cumulative exports by 2025, alongside a million extra jobs within India’s borders. 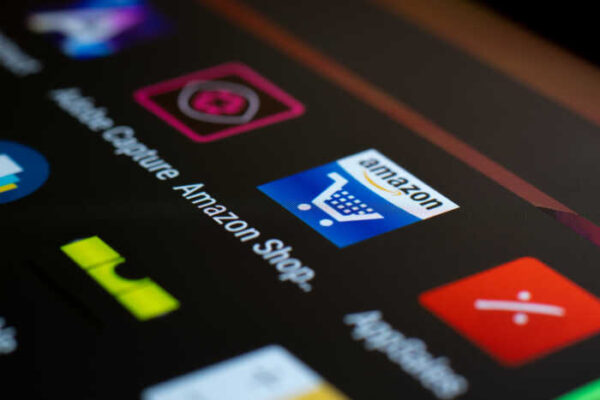 Capitalising on a Growing Market

Though this move from market giant Amazon is unprecedented, it’s not one that’s been made lightly. Rather, it appears to be the result of market research into India’s developing technological market and youth-skewing modern culture. This concept is especially reliant on the rapidly growing popularity of India’s internet. According to data from The World Bank, only 7.5% of India’s population was online in 2010. As of 2021, that proportion is closer to 55.5%, an increase of over seven times. This rapid growth and underutilised market mean significant opportunities for internet-related tech, which Amazon is eager to leverage.

This development is matched by India’s growing average internet speed. In 2010, the average speed of India’s internet reached as low as 784 Kbps. Today, this average speed reaches 12 Mbps. With developing infrastructure like fibre connectivity and better 4G and 5G coverage constantly improving these numbers, India is increasingly reaching upwards. What Can Fire TV Do?

As an HDMI-compatible TV dongle, Fire TV is a versatile tool in a similar vein to Google’s Chromecast series. In effect, it acts as a small computer, allowing a range of media functions to be outputted to any device which accepts HDMI input. For example, the Fire Stick makes it possible to access the OTT app of India’s Dish TV from your TV. While traditionally targeted at larger TVs, it could also work with smaller specialised devices which meet the common HDMI standard.

This is the same concept that runs behind smart TVs, though the hardware of Fire TV renders it significantly more flexible. Smart TVs can last a long time while outputting a high-quality image, though over time their firmware and offered apps can stagnate. A device like Fire TV alleviates this problem, giving access to a far broader range of apps without the need for a more costly replacement television. Easily transferrable and usable with non-smart televisions, such dongles are a flexible solution where others can fail.

The most common uses of these devices are as connection portals to streaming programs like YouTube or Hulu. As an Amazon product, these avoid the locks or licensing issues that can prevent some TVs from accessing certain services. Fire TV’s are also modern enough that viewing quality won’t be dropped in times of high-processor use, which can occur on older TV firmware.

From there, Fire TV opens out into web browsing. For this, users can rely on their proprietary Amazon Silk browser, though access to standard PC browsers like Firefox is also available through the free app store. For these uses, the device can be paired with Bluetooth keyboards and mice, to keep browsing efficient. This also enables interactive experiences like live online casino games. These are playable from a Fire TV browser just as they are with mobile and PC systems. Playing here gives a full range of access to games like roulette, craps, baccarat, and more, and without the connection issues that can plague other forms of smart TV integration. Other forms of entertainment integration come with titles like Tetris Online, Stunt Extreme, and emulator systems like SNES9X, which can keep gamers engaged for hours.

Regardless of whether or not the Fire TV device is of interest to you personally, the arrival of their production within India marks an important step. No longer playing catchup, the manufacturing and arrival of these devices within the mainstream could be the tipping point of India’s new placement as a more technologically integrated nation. With billions of dollars of investment and millions of promised jobs on the line already, many spectators are seeing Amazon’s arrival as what could be the first step of many.