All eyes on Trump-Putin summit in Helsinki today

Trump has said that, he will raise the subject of 12 Russians indicted for alleged hacking during the 2016 US election while Russia has denied the hacking allegations.

There have been calls in the US for Trump to cancel his meeting with Putin over the indictments, announced on Friday by US Deputy Attorney General Rod Rosenstein.

Despite Russia’s semi-pariah status among some Americans and U.S. allies, the Kremlin has long been trying to arrange a summit, betting that Putin and Trump will get on well and stop a sharp downwards spiral in bilateral ties.

While nobody on either side expects big breakthroughs, including on U.S. sanctions, the summit is seen by Moscow as U.S. recognition of Russia’s status as a great power and an overdue U.S. realization that its interests must be taken into account.

Meanwhile, on being asked about the summit, Trump said “nothing bad…maybe some good” will come out of Monday’s meeting with Russian President Vladimir Putin.

In an interview, Trump said that he’s going into the meeting in Finland with “low expectations…not going with high expectations.” 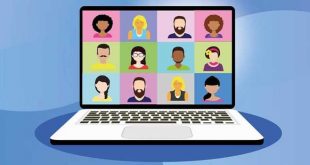