Akhilesh bows to Mayawati,campaigns for a “stranger” 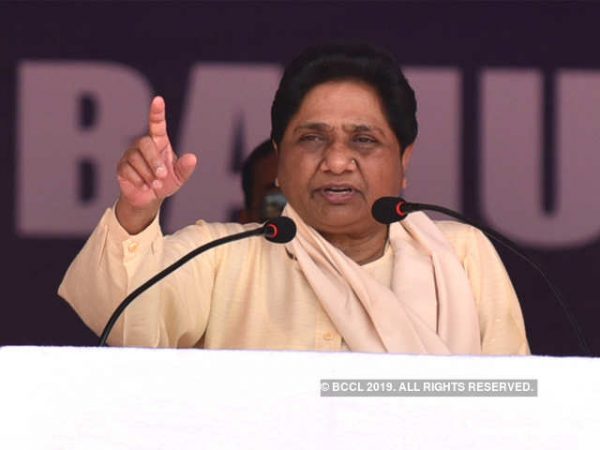 Lucknow : Politics makes strange bed-fellows.It is nothing but true considered in the light of some recent political developments in Uttar Pradesh. Samajwadi Party president Akhilesh Yadav was dead against Ansari brothers because of their “criminal” background and opposed merger of their party Quami Ekta Dal with his party before the Assembly elections in 2017.
The merger was finalised by his uncle Shivpal Singh Yadav who was with his party then.As it had the “blessing” of Mulayam Singh Yadav, the party founder and father of Akhilesh, it was announced at a press conference by Shivpal.
Akhilesh had no love lost for the Ansaris and made his opinion to known to senior party members and others.His will prevailed and the deal was cancelled.
Two years down the line the same man embraced one of them,Afzal Ansari and campaigned for his victory. Afzal brother of Mukhtar Ansari who is cooling his heels in a jail in connection with a criminal offence is seeking election from Ghazipur and is pitted against Union minister Manoj Sinha.
Afzal and his associates had joined the BSP after cancellation of merger by the SP in 2017.Not only did Mayawati welcome the Ansaris but provided ticket to one of them,Mukhtar, for state Assembly election from Mau constituency, the same year.
Strangely,Mayawati was the one who had expelled him from the party for his ” criminal activities”.Following expulsion he formed Quami Ekta Dal which was merged with her party before state Assembly elections.
He and his brother were strangers to Akhilesh all these years.Come general election and he took a U-turn.He joined hands with Mayawati who called him “more poisonous” than Mulayam (his father) and is now playing second fiddle to her.
Mayawati is so much in command that she asked him to address a joint rally in Ghazipur from where Afzal Ansari is contesting and he could not say no.
Yadavs have a large presence in the constituency and he asked them to support Ansari and defeat Manoj Sinha who was elected from the constituency in 2014 and,as a minister, has done a lot to develop it in last five years.
As far as Mayawati is  concerned, she can welcome any one who has potential to win.She has selected for Ghosi seat  Atul Rai
who is facing rape charges and evading arrest.Police has issued a look-out notice for him.
Both the constituencies will go to polls two days later along with 12 other constituencies in the state,bringing down curtain on the current general elections.
Please share this news
2019-05-17
chundawat