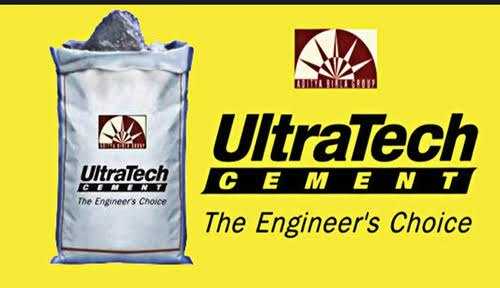 Udaipur : The Board of Directors at its meeting held today, approved increasing capacity by 12.8 mtpa with a mix of brown field and green field expansion. The additional capacity will be created in the fast-growing markets of the east, central and north regions of the country.

Mr. Kumar Mangalam Birla, Chairman, Aditya Birla Group said “This significant investment in a core infrastructure sector will accelerate the wheels of economic activity and aid the kickstart of the private investment cycle. The capital outlay, given the current economic backdrop, is aligned with the Government’s Atmanirbhar Bharat program.It is also a marker of UltraTech’s ascent from being India’s No.1 cement player to a national champion.”

He addedthat “The cement industry has been witnessing healthy volumes post relaxation of lockdown, on the back of the Government’s thrust on infrastructure, underlying demand from the rural economy and individual home builders. Given its pan-India presence which will be further strengthened by the capacity expansion, UltraTech will be well positioned to support the rising demand for cement in the country.”

This expansion includes the existing approval for the cement plant at Pali in Rajasthan, in addition to the Company’s 6.7 mtpa capacity expansion currently underway in Uttar Pradesh, Odisha, Bihar and West Bengal, which has picked up pace and is expected to get commissioned by FY22, in a phased manner.

Given the Company’s history of setting up capacities in record time, commercial production from the new capacities is expected to go on stream in a phased manner, by Q4FY23. This capacity addition will not impact the ongoing deleveraging program which is on track to make UltraTech debt free by the time the expansion program is completed.

Upon completion of the latest round of expansion, the Company’s capacity will grow to 136.25 mtpa, reinforcing its position as the third largest cement company in the world, outside of China.