Udaipur : Despite a sudden spurt in corona positive cases in Udaipur in less than a week. the administration is hopeful that the situation would be under control within a fortnight. With 62 positive cases on Thursday and 38 on friday, the total positive count has reached 354. Of the total cases, 341 has been reported in only 8 days. Meanwhile a special train arrived at the city station on friday morning which brought 1440 people from Bengaluru.

Out of these 1100 were told to be from Udaipur while rest were from 17 different districts, all of them have been kept under institutional quarantine after a thorough screening, officials said. Meanwhile, the collector imposed curfew in few more areas including SukhDevi Nagar (Bedla) , Shiv Nagar in the city, Samal in Gogunda block and Gudli in Mavli after fresh cases reported from these areas. A prisoner in the central jail too was tested positive who was admitted to the corona ward and the entire jail compound was sanitized. An eight month old child from Gudli who was admitted in the children’s hospital here for the past four days, was tested positive on friday. Six nursing staff of the MB hospital are infected of the disease till now. 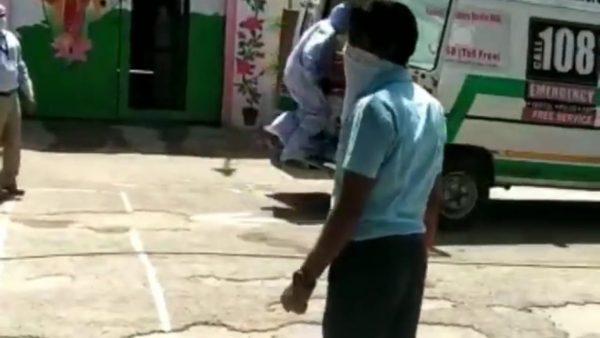 Speaking to media in a press conference, Collector Anandhi said  among the positive cases 289 are from the super spreader Kanji-ka-Hata area only and 99 percent of them have been asymptomatic which is a great relief. ”  Most of the people less than 50 years infected of the virus have been tested negative within 5-6 days which is good thing. There is no need to panic. There is a possibility of increase in more positive cases in the coming days and that is because we are doing random sample testing on a large level. We are leaving out nobody without being tested in the area including the vegetable vendors, milkmen and other service providers and all the contacts of the positive patients. We have tested 3700 samples in past eight days” the officer said.

She further said that the administration is moving in a circular motion in random sampling in the super spreader area covering from the center to the next upper circle and so on. As we go towards upper circle, the negative samples are increasing, which is a good sign of the check laid on virus spread due to social distancing. Anandhi said the city has been categorized as  containment zone to arrest the transmission of the disease and had the people not adhered to the lockdown measures, the cases would have had run into thousands by now” she claimed. CMHO Dinesh Kharadi said there have been no critical cases so far, eight people have been discharged after complete recovery while those who are turning negative would not be discharged soon but kept under observation for two more weeks.