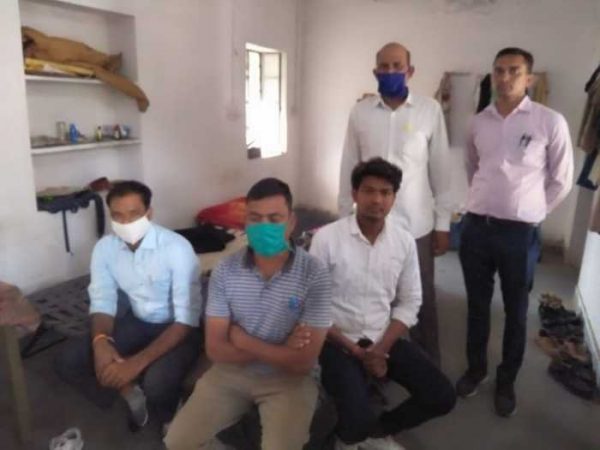 Udaipur : The Anti Corruption Bureau sleuths on Tuesday arrested an SHO and Head Constable of Jhallara police station of Udaipur district and their accomplice for allegedly demanding and taking bribe in lieu of releasing a dumper used in transporting illegal sand.

HazariMal Rebari the complainant, a resident of Sagwara tehsil of Dungarpur had complained to the ACB unit Udaipur on Monday about the bribe demand by SHO Rameshchandra Khateek (39) and Head Constable Brajmohan Meena (39) against letting off the dumper that was seized and parked at the police station.The cops demanded 50 thousand rupees bribe and after bargaining the sum was settled at 45K rupees.