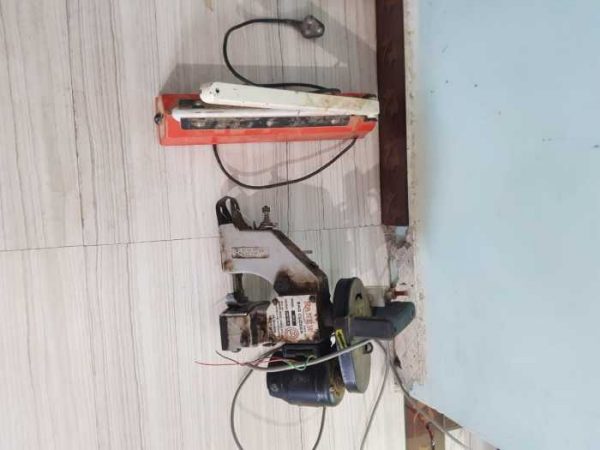 Udaipur : The Chittorgarh police has seized 2 kilo 360 gram poppy and 16 kilo 900 gram of poppy husk alongwith a topidar bandook, a sewing and grinding machine from one of the hotels situated on Chittorgarh-Udaipur highway on tuesday.

” It was a joint action by the special team and Bhadsouda police under the special operation to curb illegal activities on the national highway. Our teams raided Hotel Ma Jivani on receiving tip of suspicious activities being held there. Shivlal Meena, the incharge of the special team led the action and raided a house at the backside of the hotel” Deepak Bhargava, Chittorgarh SP said.  Dinesh Jatiya,the house owner fled from the spot on seeing the cops, none else were found in the premises.

Police raided the house and found a plastic bag from one of the room which was filled with opium and another bag which had poppy husk or chura. Cops also found a grinding machine which was used to powder the poppy and a sewing machine to stitch plastic bags used for carrying the illegal drugs. Cops also found an adhar card of Dinesh Jatiya son of Beniram. Also a sealing machine to seal plastic bags and a topidar bandook was found from the house. A case has been taken against the accused under the NDPS and Arms Act and Mandphiya SHO Ghanshyam SIngh has been assigned the investigation. the SP said. A team has been sent to locate the accused.