The world’s national soccer teams who are members of the FIFA association will compete in the 22nd installment of the FIFA world cup. The Arab country of Qatar will host the event in 2022 as the first Muslim-predominant country to ever hold a world cup. Notably, it will be the last ever world cup that has thirty-two teams – the following world cup 2026 will rise to forty-eight teams in the USA, Canada & Mexico.

Many controversies surrounded the 2022 world cup when two FIFA executive committee members were suspended before the voting on who should host the world cup began. A total of five countries made a bid to considered as hosts in 2022: Australia, Japan, Qatar, and South Korea – but when Qatar became the voted choice, it was criticized to have involvement with ongoing FIFA corruption due to the high operational risk that Qatar would provide. The allegations of bribery and corruption are still under investigation by FIFA. 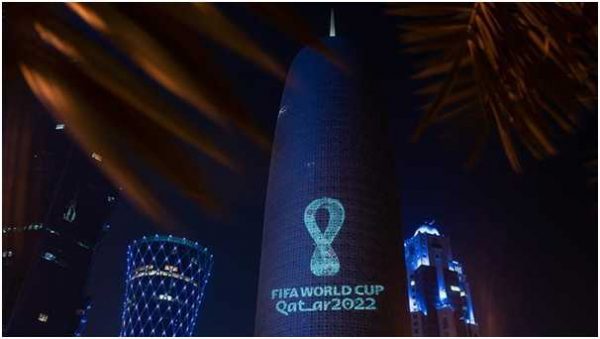 Through the concerns of corruption and bribery that Qatar “brought” the 2022 World Cup, the treatment of workers involved has also been put in question amongst the unnecessary high-costs and illogical climate conditions. It was first suggested that stadiums should be fitted with air conditioning, but instead, officials settled for a date change from the summer to winter months.

The former FIFA President at the time of host selection who was later banned; commented that the World Cup in Qatar was a problem due to the severe heat.

So, for the first time in world cup history, it will take place in November, with the final taking place on the 18th of December. This concept has caused controversy because the newly chosen dates clash with domestic competition worldwide. Both Australian and British football associations have threatened legal action – in particular the English Premier League, as their popular Christmas and New Year scheduled fixtures would be affected. Al Bayt Stadium will be the opening venue for the first scheduled World Cup fixture. These dates were confirmed in July 2020, and the first game will be played on the 21st of November 2022.

Group stages will provide four matches on each day, with the runners up and final game taking place on the 17th and 18th of December. The Lusail Iconic Stadium will be the host of the world cup 2022 finals.

Khalifa International Stadium – To host groups A, B, E & F.

Favourites to Win the World Cup 2022 & Their Odds

Brazil and France lead the way as the bookmaker’s favorites to capture the World Cup 2022. It’s still early to define a choice to win the cup, but the odds are ready, and they will be updated as time progresses. Injuries, retirements, managerial replacements and the coronavirus are all aspects that could change the factor in odds and who will be victorious.

The reigning champions France are no doubt one of the most dangerous squads in the entire tournament – Antoine Griezmann, Kylian Mbappe & Paul Pogba, to name a few. My money is on the French to make the top four at least, and It is hard to envision many countries outclassing the competition with experience and youth combined.

The five-time world cup winners Brazil are edging the champions at the bookies when the squad won the Copa America with an absent Neymar it should be interesting to see the team with him. Though I do not believe Brazil will lift the cup, a top-four finish is entirely possible at this point.